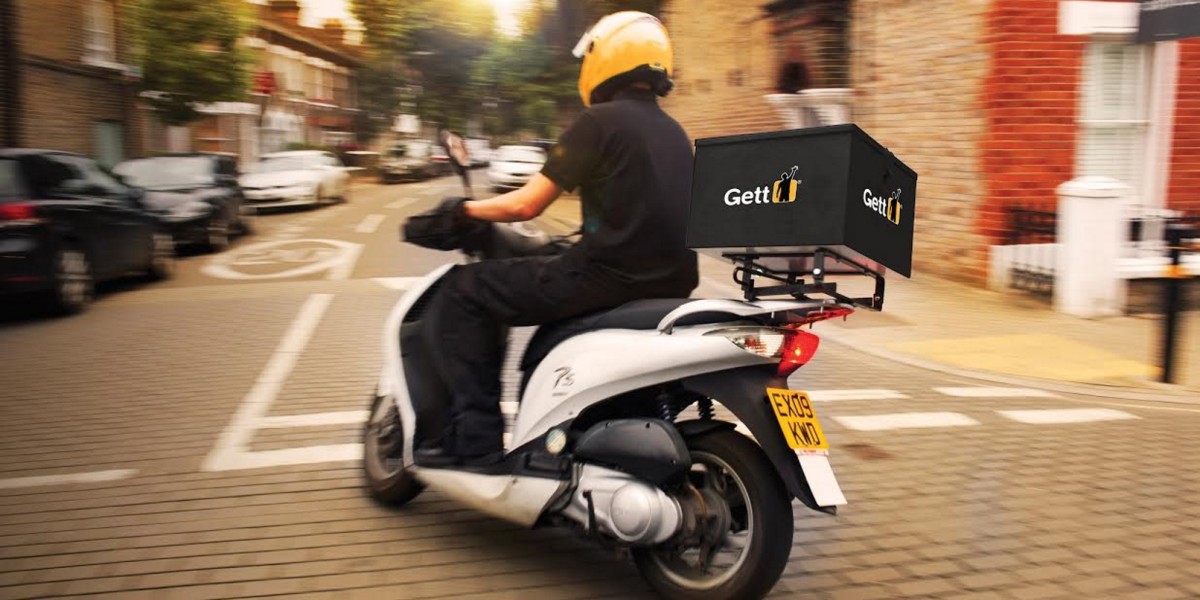 Gett, the taxi company that rebranded its UK operations to keep it in line with its global brand, has a new feather to its bow today in the form of an on-demand courier service in the UK capital.

The courier options will appear in the regular iOS and Android apps, and are currently restricted to London postcodes between 9am and 9pm. Gett says that your parcel will be picked up within 20 minutes and delivered within an hour if your destination is in central London.

Collections and deliveries within Zone 1 in London cost a straight £6 flat fee, while if the destination or collection are further afield, you’ll get a flat-fee price for the service shown in the app before confirming your booking.

Like its champagne delivery service, Gett uses riders studying to pass London’s demanding ‘Knowledge’ test (required if you want to drive one of the city’s iconic black-cabs) to deliver packages.

As your package will likely arrive on a scooter, you’re limited to items smaller than the size of an A4 box, and weighing less than 5KG. You can then track the driver via the app.

With Gett already stating its ambitions to move beyond taxis more than nine months ago, this is the first offering in the UK that looks to significantly broaden the appeal of the company’s offerings; while it’s nice to have Gett Champagne or Gett Wine delivering alcohol on-demand, it’s not really the most practical service for many people.

By contrast, leaving your phone or keys in a meeting in central London and getting them back within an hour for less than £6 sounds like a potential time and money-saving option, rather than a touch of luxury.

Read next: Running a single delete command in Linux can permanently brick some laptops