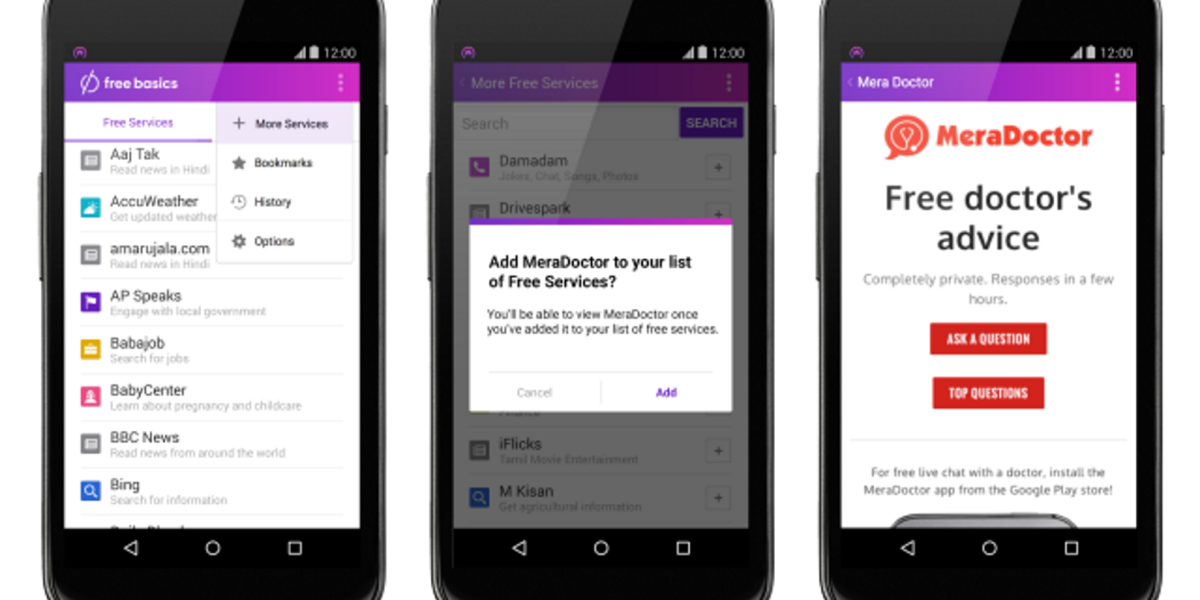 Facebook’s Free Basics only went live across the whole of India last month, but it looks like the company is already concerned that it may be under threat as the Indian telecoms watchdog gears up for a net neutrality debate early next year.

After automatically displaying a message outlining its stated aims, providing “vital services” free of charge, the company is urging Indian Free Basics users to send a pre-filled, a one-click message to the regulator:

To the Telecom Regulatory Authority of India, I support digital equality for India. Free Basics provides free access to essential internet services like communication, education, healthcare, employment, farming and more. It helps those who can’t afford to pay for data, or who need a little help getting started online. And it’s open to all people, developers and mobile operators. With one billion Indian people not yet connected, shutting down Free Basics would hurt our country’s most vulnerable people. I support Free Basics – and digital equality for India. Thank you.

Facebook has received huge criticism about its Free Basics platform around the choices it makes on the services it provides, its launch partnerships that lock people into certain platforms and its attempt to charge for encrypted services.

Its telco launch partner in India, Reliance, is no doubt working on its submission to the TRAI ahead of the December 30 deadline, after which regulators will respond and then “take a view” on the issue.

An initial consultation paper from the Indian government has proposed an alternative business model for services like Free Basics, which included forcing such platforms to reimburse users who are charged for accessing them using another provider.

Telcos in India could also be made to offer a certain amount of free data without restricting the content that can be accessed.

It seems Mark Zuckerberg just can’t do anything right in his one-man bid to rule the digital world.

Read next: SpeakEmoji translates anything you say into emoji