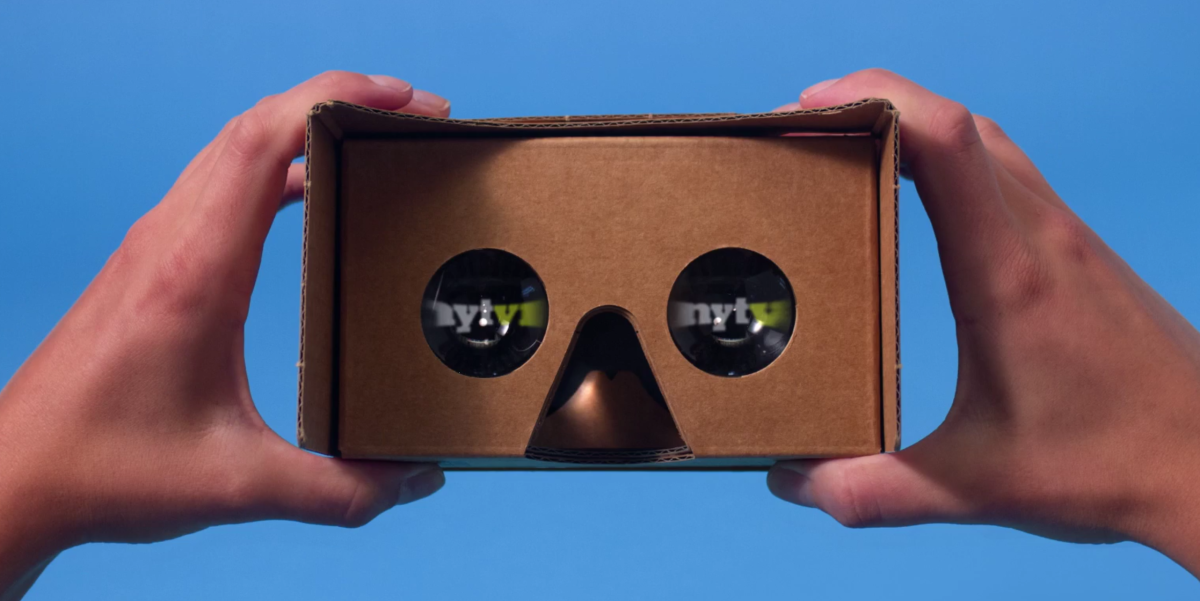 A couple of weeks ago, the New York Times announced it would be shipping over a million free Google Cardboard headsets to prepare for the launch of its virtual reality app. That app launched today.

Don’t expect to be reading a 360-degree version of the NYT website, however, with new pieces every day. The app will mainly consist of immersive documentaries and stories powered by IM360’s VR platform.  There will be new content “every month or so,” according to the app’s description.

NYT VR is launching with five videos. A story called ‘Walking New York’ was previously available via VR app VRSE, while General Electric and BMW-owned Mini each have a 3-minute story.

The highlight, however, is a short film called ‘The Displaced’ (also shot in collaboration with VRSE), which is the NYT says is the first in a series of short films it plans on releasing.

It’s a bid the company hopes will build up its readership and help it get ahead of the game on new storytelling frontiers.

The app is available on Android and iOS. If you don’t have a VR headset, the company is sending out its Cardboard headsets to subscribers on November 7.

Otherwise, you can still flail your phone around in the air and use its sensors look around the scene, or click-and-drag around desktop versions of the stories.

Read next: YouTube now lets you watch any video with a VR headset