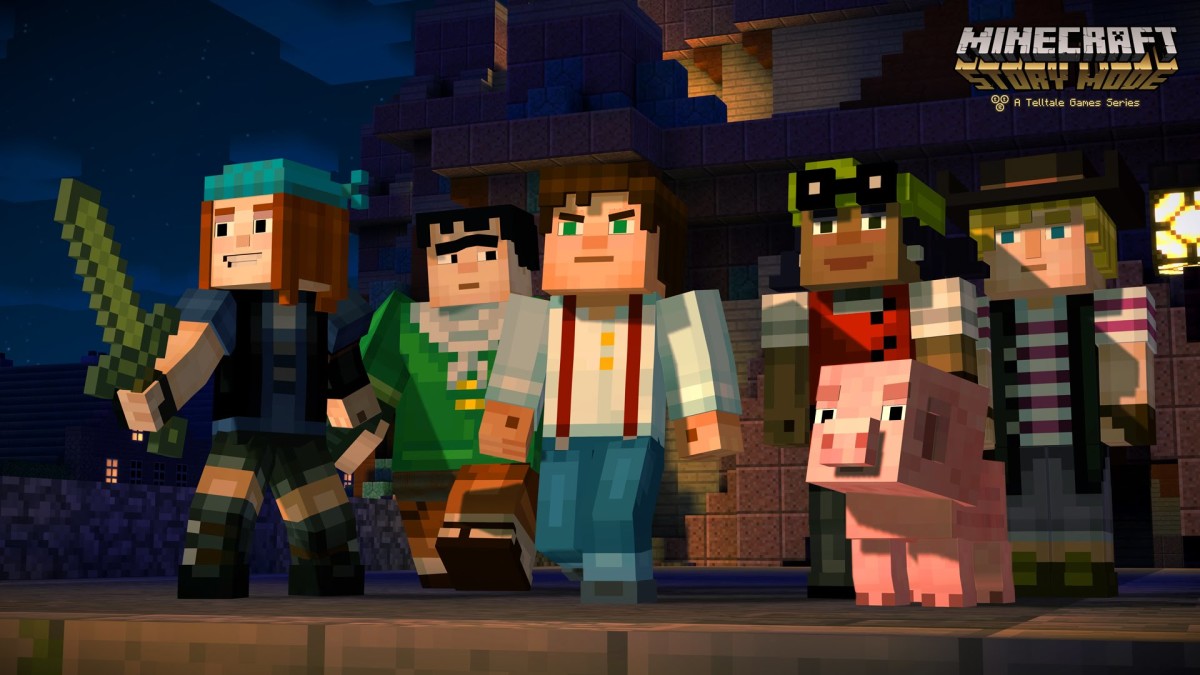 If exploring Minecraft’s open world and putting blocks atop one another has gotten old for you, get ready for some actual storyline to get into. Mojang has released the first episode of “Minecraft: Story Mode” on mobile platforms in addition to PlayStation, Xbox and Steam earlier this week.

“Minecraft: Story Mode” follows the protagonist Jesse (whom you can choose the gender and looks) as he/she sets off to brave the adventures across Overworld. Episode one, titled “The Order of the Stone,” focuses around Jesse’s encounter with a mysterious figure who unleashes a monster Jesse and friends need to save the world from.

Much like other Telltale Games, such as the “The Walking Dead” game series, “Minecraft: Story Mode” works like a choose-your-own-adventure novel. You’ll get selections of dialogues and choices that will impact the course of the game, along with little quick action buttons spread throughout. Unlike The Walking Dead, Minecraft is much more family-friendly in its content, graphics and language.

Read next: Live GIF turns Live Photos from an iPhone 6s or 6s Plus into looping GIFs