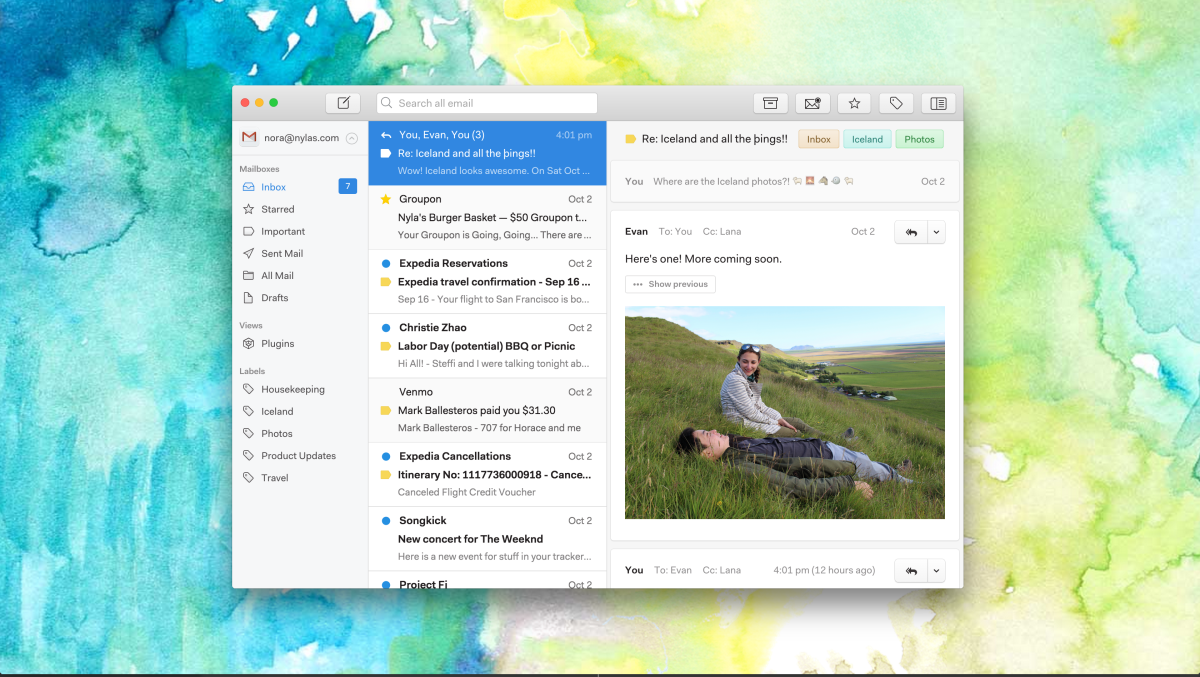 No matter how much you like your email app, there’s probably something you’d change about it. A new client named N1 wants to bring you the changes you want — or let you design them yourself.

Developed by a small firm named Nylas, N1 is open source, and accepts extensions beyond the framework the team has already laid down. The core offering focusses on “clean typography, subtle drop shadows and delightful buttons.”

N1 also works with most major email providers including Gmail, Yahoo, iCloud and Exchange. It runs on Mac, Windows or Linux, too.

Extensions for N1 can be written in JavaScript, React, NodeJS, Flux and Electron. If you’re new to creating extensions for an email client (and I bet you are), Nylas has created a simple guide for getting you started on the right path.

There are also a variety of plugins that have already been created for N1, if you need inspiration (or would rather be a user instead of a hacker).

N1 looks solid enough to be an email client you’d be happy using as-is, but plugins could make it a powerhouse. Extensions play a big role in Chrome’s popularity, and it could have the same effect with email.

Read next: The Surface Pro 4 may have an adjustable screen size - here's how it could work