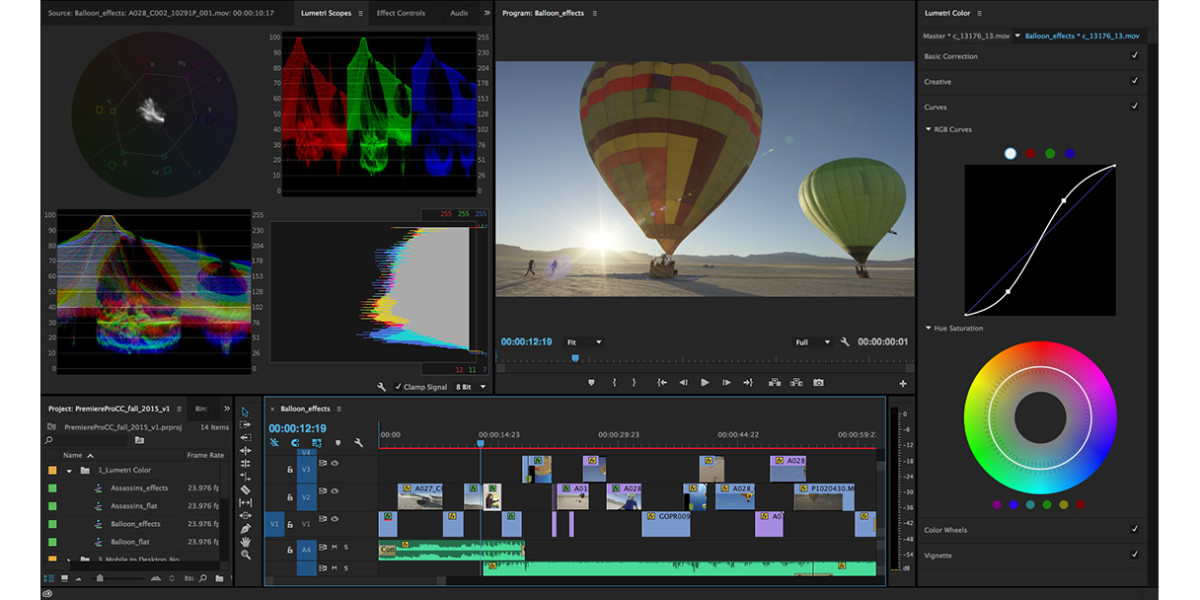 The major premise behind Adobe’s Creative Cloud subscription service is that updates flow in an organic way — that the developer is no longer bound to a strict periodic schedule of feature updates, but can push out improvements at will. This year’s IBC broadcasting trade show will see a number of new features to Adobe’s video apps.

Overall, the concentration this year is on UltraHD — with resolutions spanning 4K through 8K, as well as HDR and touch integration for Premiere Pro, After Effects, Audition, Character Animator and Media Encoder.

Users can look forward to greater color fidelity between Premiere Pro and After Effects via the Lumetri color panel — which carries over to After Effects — and touch-based environments like the Microsoft Surface Pro, Windows 8 tablet or the Apple track pad. Adobe also notes increased integration with technologies such as CreativeSync, for sharing assets among different projects, and the new Adobe Stock Service in the Creative Cloud Libraries panels in Premiere Pro and After Effects.

You can now drag assets from the Creative Cloud Libraries panel to the composition panel in After Effects and Premiere Pro.

Premiere Pro CC now supports UltraHD and HDR formats including DNxHR, HEVC (H.265) and OpenEXR, so you can work with HD video up to and beyond 8K, with high dynamic ranges. You can also apply color corrections and create looks with the Lumetri Color panel.

You can now use gestures for video tasks like building cuts, scrubbing media, marking in and out points, pulling clips onto a timeline and making edits. Pinch to zoom in and out of the timeline and Monitor panels, and drag to scroll through all workspace panels.

Touch and smaller screen support has been expanded in After Effects, too. An Uninterrupted Preview feature lets you pan and adjust compositions during playback, offering more control for material with long per-frame render times.

In addition to After Effects’ support of Lumetri Color settings updates to AE also feature deeper support for Arri Raw, Dolby Vision and DCI color spaces as well as Rec. 2020 and other UltraHD and HDR formats.

Multi-touch can be used to animate movements of different parts of a character in Character Animator, and will now be available in French, German and Japanese.

Updates to Adobe Audition include the Remix feature, which lets you adjust the duration of a song to match the video content. This tool automatically rearranges the music to any duration to create custom tracks to fit your narrative. You can also generate synthesized speech in various voices for voiceover and narration without waiting for finished recordings.

Destination Publishing in Media Encoder, which lets you deliver UltraHD content encoded to 4K formats, now supports Facebook for social media projects. You can also render image sequences via automated workflows that launch when you drop sequences into Watch Folders. Automatic Loudness Correction — which is also available in Premiere Pro and Audition — lets you monitor the perceived loudness of your audio to adhere to broadcast standards.

Updates to Adobe Anywhere, the enterprise collaboration platform, include collaboration-only configuration for customers who do not need remote access to media, the ability to add media to productions and change locations and enhanced client update to new Premiere Pro and Prelude video features.

All images courtesy of Adobe.

Read next: eBay overhauls its iOS and Android apps with unified design and revamped seller dashboard