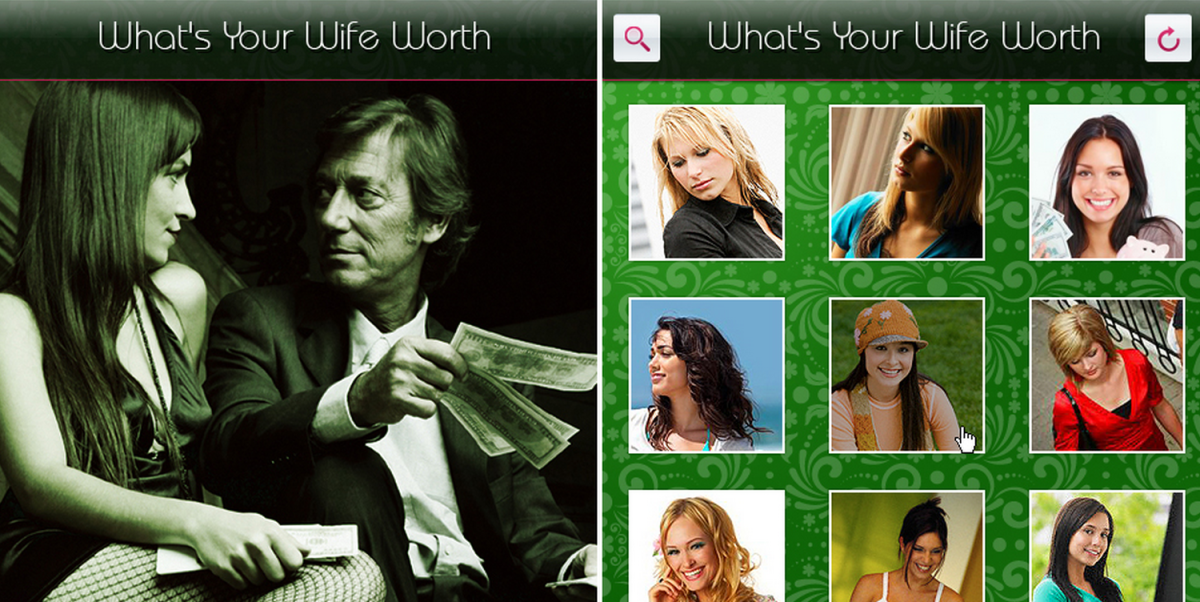 I think most people can agree that Ashley Madison is pretty terrible. But if it can be believed, the people behind the adulterous dating website were working on something just as appalling.

According to the Daily Dot, leaked emails from the Ashley Madison hack last week show that Avid Life Media, the adultery site’s parent company, was working on a an app called ‘What’s Your Wife Worth.’ around 2013. It’s about as obnoxious as it sound.

Basically, the app would allow you to place a dollar value on women as a rating system. It’s somewhat akin other attractiveness-rating sites, just framed under a more insufferable concept.

Plans for the app included posting your own wife or ‘bidding’ on someone else’s wife, according to ALM CEO Noel Biderman. It’s not clear what the bidding process actually meant or if real money was ever planned to be exchanged.

The app was never finished though, as apparently it was ‘horribly developed’ according to one of Biderman’s colleagues. But one of the emails does include an attachment for an incomplete version of the software.

At least it’s good to know the app will likely never see the light of day.

Read next: Hyper cuts through the junk to showcase the best online videos in a daily iPad zine