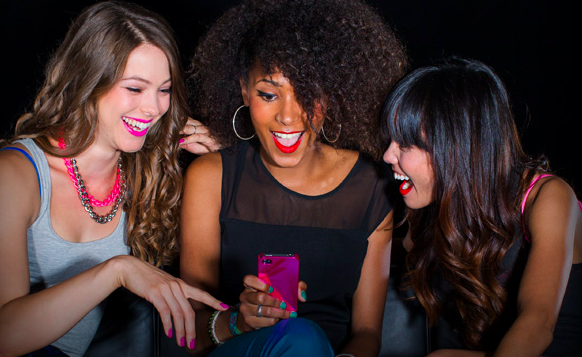 Lulu is an app that allows women all over the world to review the men in their lives. Whether that’s an ex-boyfriend, best friend, brother or husband is up to you.

Lulu comes from the same team that launched Luluvise in 2010. Luluvise was a website with a number of features, one of which was reviewing your dates.

It received a mixed reception from the UK media at the time, and was essentially the victim of its own success, according to its Founder Alexandra Chong.

Speaking to TNW, she said the company was forced to exit from Brazil as a result of overwhelming demand on the app’s servers.

Chong vehemently denied that Lulu went offline in Brazil as a result of a high-profile court case brought against the company.

Speaking to TNW about the beginnings, Chong said:

The court case in Brazil was thrown out. We didn’t withdraw from Brazil because of lawsuits. We left Brazil because of the quick growth and partner concerns about the strain on our servers. We had hundreds of thousands of downloads in one week and a major issue with men changing genders on the app. All of this collectively is what led us to pull back.

Not everybody gets the main stage as quickly as we did with Luluvise and we still had a lot to learn back then. We were an early stage business trying to move an idea into a product.

At the time of Luluvise’s launch, there was a big shift from the Web to mobile apps going on. The company decided to go back to the drawing board and focus on a native mobile app based around its dating review feature.

After relocating to New York and a private launch in Florida State University (FSU) and the University of Florida (UF) in January 2013, the new Lulu app had over 40 percent of the female students on-board within two weeks.

The company now claims to have 25 percent of all female college students in the US using its app, according to Chong.

When I first heard about Lulu, I was definitely quick to say I didn’t agree with it and thought if someone had done the same for men to review women, we’d all be up in arms.

However, I came to realize that there’s a need for Lulu.

When it comes to online dating or dating apps, the only information we get on people is what they have decided to disclose. So, to have a resource like Lulu for background information isn’t necessarily a bad thing.

I know plenty of male and female friends who regularly search their dates’ names on Google and snoop on their Facebook profiles anyway.

If you’re moving into an apartment or applying for a new job, you will have to provide references.

So, if you’re potentially getting involved intimately with someone, there’s no reason why it doesn’t deserve the same level of disclosure and that’s what Lulu gives.

While it may initially sound like an app to vent your anger about your ex after a breakup, it’s not. Lulu works by giving an extra layer of dating knowledge to both men and women.

A Lulu review is a multiple-choice quiz that touches on sense of humor, manners, ambition, commitment level and appearance.

The person doing the review can also select different attributes from a drop-down list, but at no point can anyone add their own comments and all women on the app remain anonymous.

The only men you can review on the app are men who have actually signed up. So, if your ex dumped you by text, you’ll have keep your venting for a cryptic Facebook status instead.

An interesting aspect for men on the app is that Lulu will send you personalized analytics about the areas you may be falling down in, according to the reviews, and tips on how to work on those things. For example, if you are deemed to be shy by your reviews, Lulu might suggest some tips on how to come out of your shell.

It’s also possible for women to message men through their profiles. Chong said that the company is seeing huge growth in the use of this feature and has considered exploring it further and maybe incorporating a dating feature to the app.

Speaking about men using the app, Chong told me:

Men are very engaged on Lulu and at the moment, our retention numbers are higher than those of Snapchat. They really do seem to care about their scores.

I asked her if the company would ever consider teaming up with another dating app like Tinder to display a guy’s Lulu scores on their profiles. She revealed that talks are underway with a number of dating app companies but declined to name them.

That being said, Lulu’s real potential is in its core idea – providing references (or reviews) on people. While it only focuses on women reviewing men for now, I think if it was to open its doors to include men reviewing women in the same manner, it could become a staple on everyone’s home screen.

Aside from the benefit of giving an extra layer of knowledge about your potential date, Lulu is a necessary tool in shaping the online dating world from a female-first perspective.

If you look at the companies leading the way in the online dating industry, they are all male-driven. Tinder, Grindr, HowAboutWe, Hinge, OkCupid and Match.com are all predominantly led by male teams, shaping the dating industry with a potential skew towards catering more for men than women.

Lulu gives women an equal platform and equal tools to be able shape their own dating experiences. It’s not a complete platform, but it’s a step in the right direction alongside apps like Dattch (now called Her), Bumble, Coffee meets Bagel, The Dating Lounge and Siren that are putting women in the driving seat.

I asked the newlywed Chong if she had ever rated anyone on the app herself and she said:

Of course! I’ve reviewed so many people, including my husband. He’ll always get reviewed, he knows he’s never out of the water.

I think the best comparison for Lulu is Ask.fm. I have no idea why teenagers love asking people what they think of them, only to get horrible responses for the most part – but they do. Lulu is playing on that curiosity for an older generation in a different setting.

With its launch in the UK this week, it remains to be seen whether Lulu will cause a stir or not. But before you judge, think of another website that started off as a platform for judging the opposite sex and went on to become quite successful – Facebook.

Read next:You can now flirt with strangers on Happn using songs from Spotify

Read next: The biggest obstacle to a great career is your comfort zone