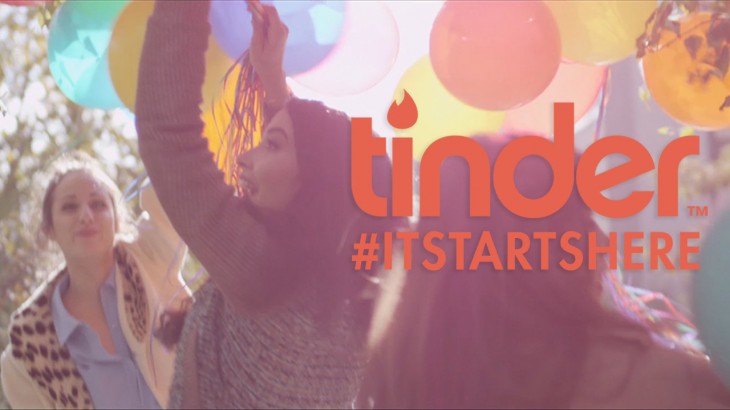 Tinder came under fire last week when journalist Mary Jo Sales wrote a piece for Vanity Fair about how the dating app, and others like it, are affecting hookup culture.

Ever vigilant, the company woke up only hours ago to tell off Sales, who tweeted that according to GlobalWebIndex, 30 percent of all Tinder users are married.

Tinder then launched into a 30-tweet-long tirade about how Sales’ story was not only off the mark, but also about how its service helps people create “meaningful connections”.

Hey @nancyjosales — that survey is incorrect. If you're interested in having a factual conversation, we're here. https://t.co/SLWlTLvJuf

–@VanityFair Little known fact: sex was invented in 2012 when Tinder was launched.

Our actual data says that 1.7% of Tinder users are married — not 30% as the preposterous GlobalWebIndex article indicated.

Next time reach out to us first @nancyjosales… that’s what journalists typically do.

It’s about meeting new people for all kinds of reasons. Travel, dating, relationships, friends and a shit ton of marriages.

If you want to try to tear us down with one-sided journalism, well, that’s your prerogative.

It’s clear from this social media meltdown that Tinder has trouble owning its identity as a hookup app. In a statement issued to Wired, the company said:

We have a passionate team that truly believes in Tinder. While reading a recent Vanity Fair article about today’s dating culture, we were saddened to see that the article didn’t touch upon the positive experiences that the majority of our users encounter daily.

Our intention was to highlight the many statistics and amazing stories that are sometimes left unpublished, and, in doing so, we overreacted.

Tinder is as much about true love as McDonald’s is about eating healthy.

Update 11:12 AM EST: Tinder issued a statement to BuzzFeed, stating it ‘overreacted’ to the Vanity Fair article.

Read next: Zirtual's virtual assistant service will continue after last-minute acquisition by Startups.co