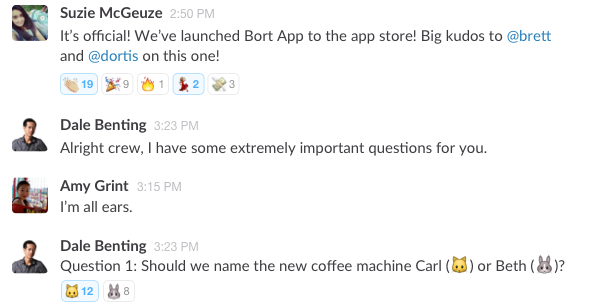 Some of us are addicted to favoriting tweets, but Slack had a better idea: what if you could favorite a message with emoji?

After users consistently asked for a “like” button in its app, Slack wanted to find a better way to do it.

The team “argued over what symbol it would use” to represent a favorite, but then realized everything it needed was already right there in the emoji set.

Instead of likes, you can now react to any message with any of the 300+ emoji that are part of the service. It’s ridiculous, ingenious and amazing, all at once.

When someone suggested emoji favorites were coming to Slack, I’ll admit, I thought it was a little insane. Slack has, however, done an incredible job with the implementation, which can actually be used to cut down on channel noise.

A new button underneath messages allows your team to add a new emoji or dogpile on with one that was already added by just clicking it.

The way it’s been implemented means that they can be used in interesting ways, such as for giving people kudos ?, voting on a message ✚, showing that you saw it ? or giving some sass ?. 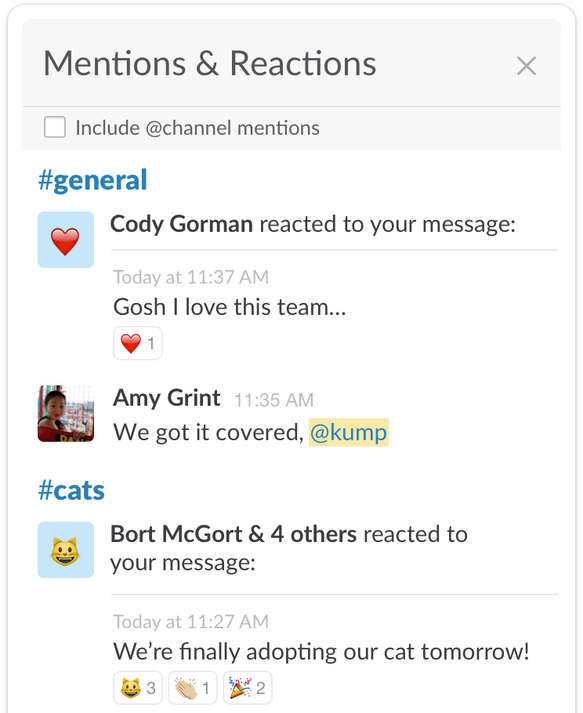 The recent activity area also got an update so you can keep track of reactions without darting between channels. It’ll also change its icon to the latest emoji used so you know there’s a new reaction.

Slack also overhauled its emoji picker with simpler categories and a search bar for quickly finding emoji. That’ll be particularly handy if your team has added a ton of custom emoji.

Emoji reactions are available today in Slack, so prepare your channels for a flood of emoji in 3…2…