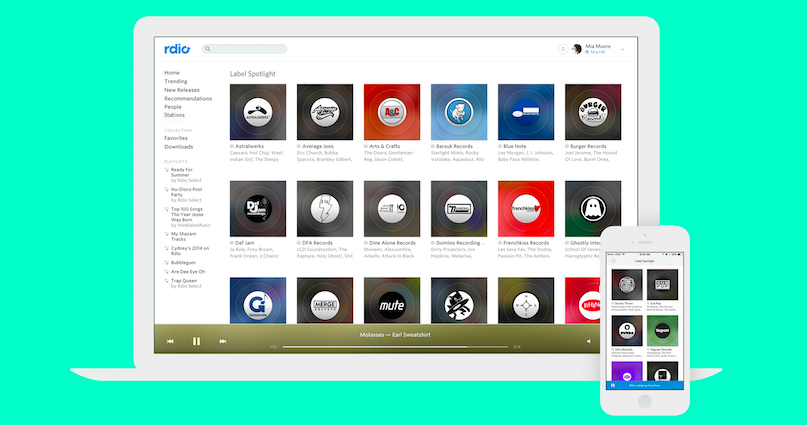 Rdio has revealed its response to Apple Music and the buzz-heavy Beats 1. The streaming service has set up a series of new stations curated by record labels and influencers.

It says its in-house music team has collaborated directly with the new curators to put together recommendations that represent the records that are exciting “local tastemakers.”

The stations are available across Rdio’s plans – including free, unlimited and select – and are launching for the first time in Australia, Mexico, Brazil, India, and Asia (Singapore, Malaysia, Thailand, Philippines, Indonesia and Hong Kong). Additional stations have been added in the US, Canada and the UK.

You’ll find the label and influencer stations in the same place as Rdio’s streams based on genre, mood and activity – the ‘Stations’ tab.

The new stations include offerings from legendary jazz label Blue Note, James Murphy’s DFA Records, and XL Recordings, home to The XX and FKA twigs among others.

It’s a smart move by Rdio, but the thing that’s making Beats 1 appeal right now is on-air personalities and being built right into a native app.

Read next: Rdio’s CEO doesn’t fear Apple Music but he probably should