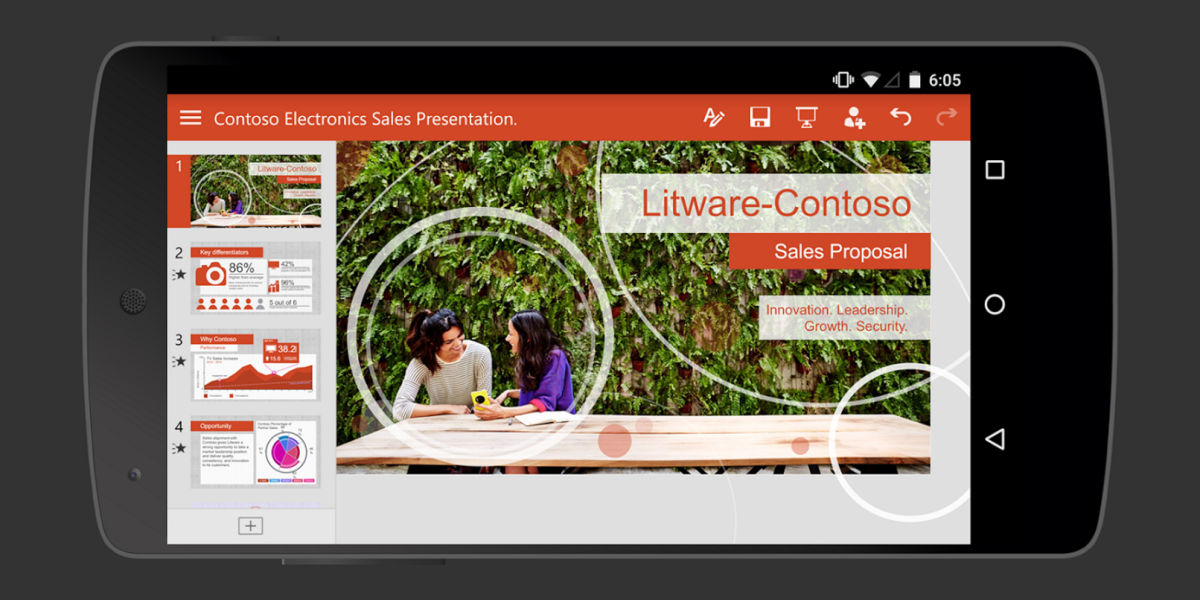 Microsoft has released new versions of its Office creation tools for Android smartphones.

Today’s releases include three of the key elements of Office – namely, Word, PowerPoint and Excel – and for light users, they are free to use. If you want to unlock all the features though, you’ll need an Office 365 subscription.

As you might expect, each of the apps has been specifically designed with smartphones in mind. For example, you’ll find the familiar Word and PowerPoint options, but the controls have been specifically placed to enable one-hand use.

In November last year, Microsoft announced its change in charging strategy for its iOS and Android mobile apps. An Android tablet app has been available since early 2015.

Read next: Twitter's new TV commercial is by the team that got Jeff Bridges selling White Russians