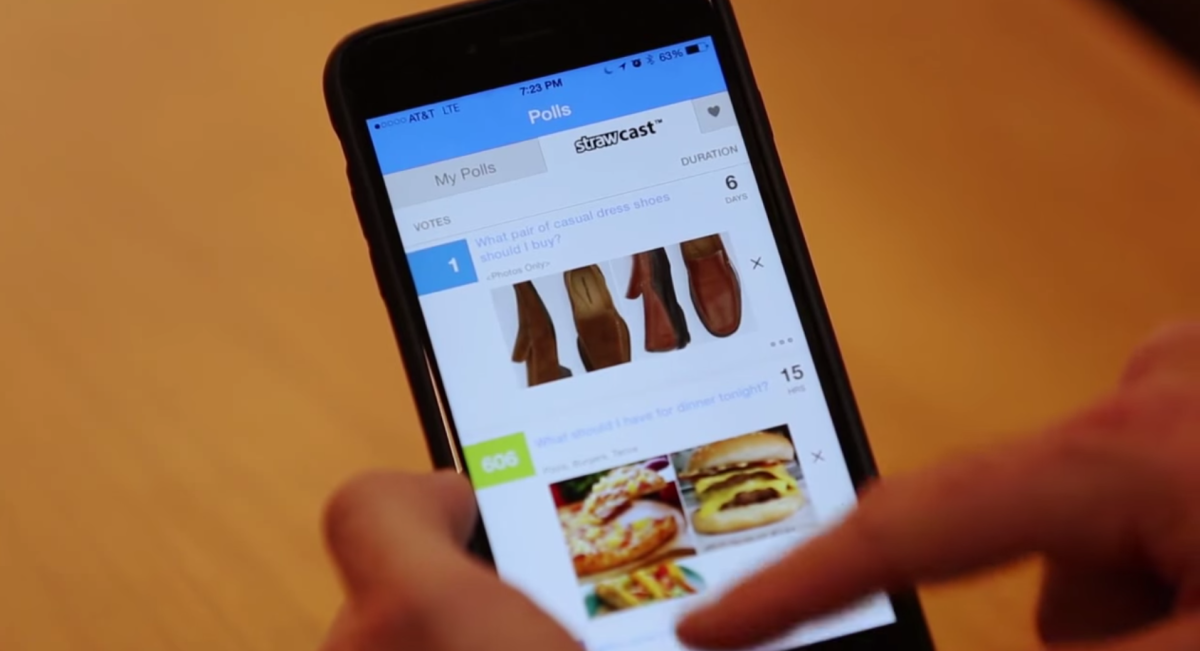 Straw, the polling app that makes it easy to quickly create polls from your phone, is getting a big update today that adds the ability to broadcast your polls to the world.

The new feature, dubbed StrawCast, will send your newly created poll to everyone who has the app installed, as well as publicly on the Strawcast Twitter feed. The company is also adding a new discovery feed to the app so you’ll be shown random public polls that you can vote on.

It’s being touted as a way to get “troll-free” input from a wider group of people, because they can’t leave comments, only vote.

Straw was built by a group of friends in their spare time and first launched in 2014 on iOS, Windows Phone and Android.

Today’s update, which is available for all three platforms at the same time, also includes a design overhaul as well as a number of other new features. The update adds the ability to embed polls on websites, make results private and edit polls in real-time.

Read Next: Todoist for Android gets a huge Material Design update

Read next: A free, ad-supported version of Google Play Music is now available in the US