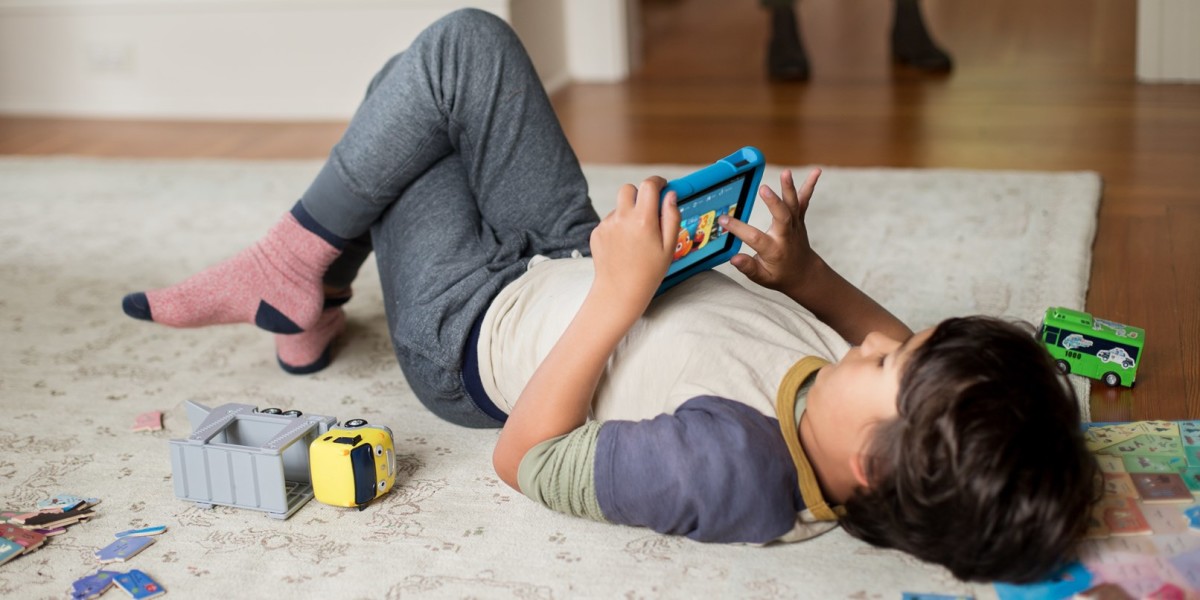 Amazon has launched a new tablet and all-you-can-eat content subscription service for kids in the UK today.

Priced at £119 (about $180), the Fire HD Kids Edition is a fully-featured 6-inch tablet surrounded by a child-proof case. It runs Amazon’s fork of Android as seen on the Fire Phone, is powered by a quad-core 1.5Ghz processor and is available in 8GB and 16GB variants.

It’s available as an enhancement to Amazon’s Fire for Kids app, which offers parents tools to manage their child’s screen time and to set educational goals that must be completed before accessing games and videos.

The Fire HD Kids Edition tablet comes with a year’s subscription to the new service. Fire HD and Fire HDX users can also trial Amazon’s kid-friendly content for a month at no charge, through the Fire for Kids app.

Amazon, Google and Apple have previously been taken to task by regulatory authorities over high bills run up by kids making in-app purchases using their parents’ credit cards. Amazon’s unlimited service, which is free of such offers as well as ads, should help the company avoid such issues in the future.

The new tablet is available for pre-order from Amazon UK and will be released on June 18.

Read next: Amazon will now ship small items under $10 for free

Read next: The next 'Sony hack' could be detected immediately by this dark Web scanning software