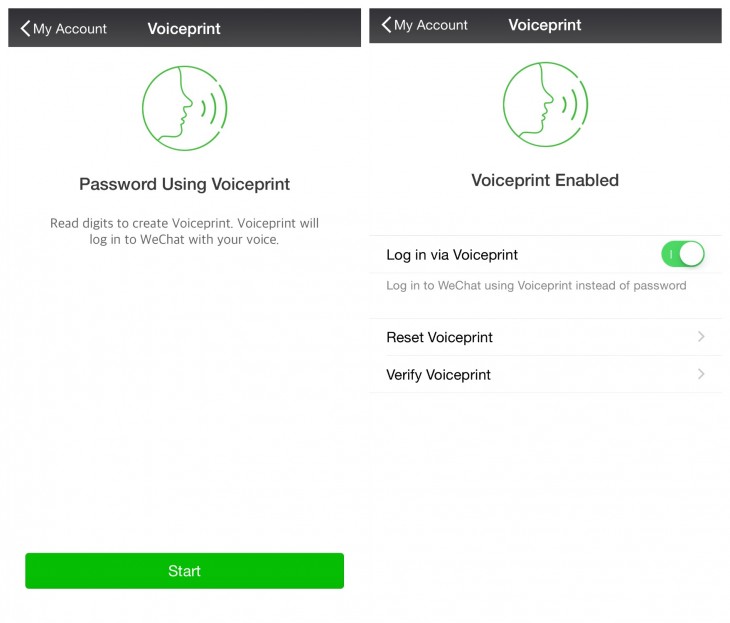 WeChat has introduced a new feature called Voiceprint which allows you to log in to your account without your password by reading a set of numbers out loud.

We discovered the update this morning after logging in and while there has been no official announcement from the company regarding the new security feature, it has also been noted on social media. We have only seen the feature on iOS so far and cannot confirm that it is available on Android yet.

The system works by using the unique sound of your voice to identify you, similar to a fingerprint reader.

WeChat also introduced another new feature today that allows you to sync customized stickers automatically if you log in on a new device.

Read next: Facebook tests showing you more auto-playing videos after the one you're watching ends