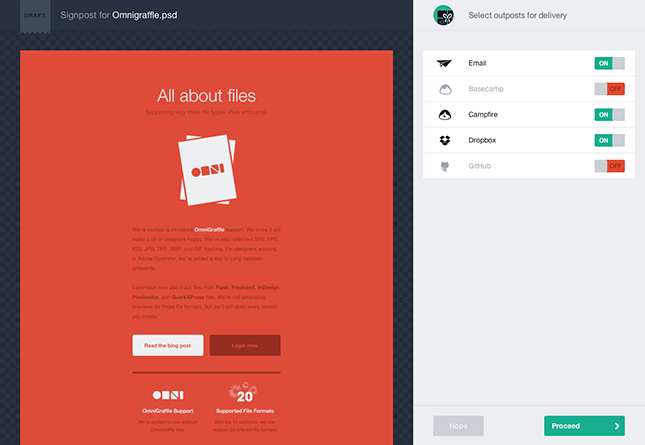 LayerVault, a startup that built an app to provide version control to designers, is closing down on April 11, 2015.

The company posted a message on its site today saying that it’s taking the entire service offline and users have until then to export their files. Unfortunately LayerVault was out of money as it failed to become financially sustainable and was unable to raise additional capital.

Designer News, the popular community that the company ran on the side, will continue to operate.

It’s sad news for users of the service, however those who have subscription plans will be charged only a pro-rata amount for the remaining term or can get a refund for their annual subscription.

➤ LayerVault is shutting down