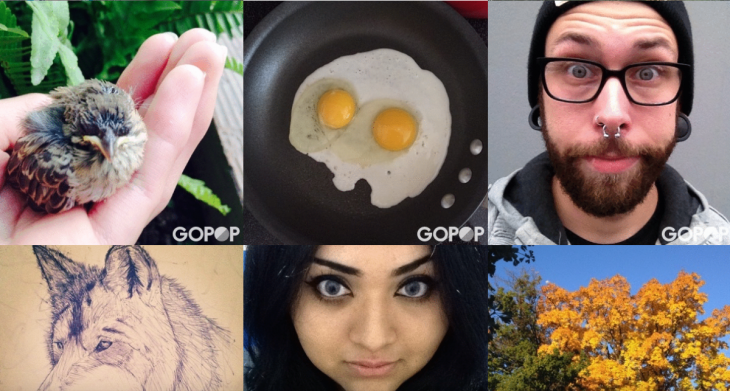 While Buzzfeed does more than just GIFs (really, they do some great national coverage), you’d be hard pressed to find someone that hasn’t fallen into a Buzzfeed hole of awesome cat and corgi GIFs.

So it’s not that big of a surprise that visual communications app maker, GoPop, announced today that it was being acquired by the publication and that the team would be working on experimental Buzzfeed apps.

That’s bad news if you’re a fan of the app. GoPop has announced that support for the app will shut down in two weeks. Also, the app has been pulled from the App Store. If you’re concerned about losing all your current GIFs, photos and video creations, don’t worry. They’ll live on.

…we will be hosting a public archive of all Pops ever created, where each user will have a web profile with all of the Pops they’ve ever made. Have no fear! None of your amazing creations will be lost.

No word on what exactly they’ll be building at Buzzfeed, but there’s a good chance it’ll involve moving images.

Read next: 23andMe has passed a big regulatory hurdle to getting back on the market