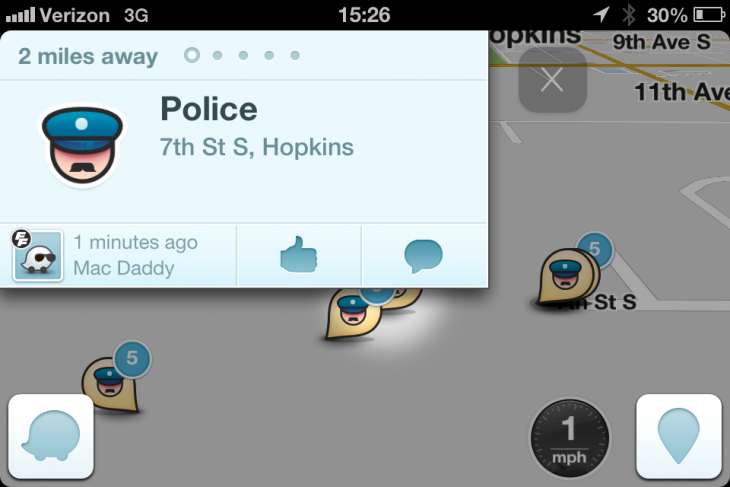 Sheriffs have accused Google’s Waze traffic app of being a stalking app and called for alerts that indicate when police are nearby to be switched off, reports The Guardian.

The complaints against Waze were triggered by Sergio Kopelev, a reserve deputy sheriff in Southern California, who believes the user-submitted reports about officers’ locations make it a danger to police.

Kopelev says he had not heard about Waze until late last year when his wife began using it. He then began thinking about how the app could be used to target officers.

Another officer, Sheriff Mike Brown of Bedford County, Virginia, who is also chair of the National Sheriffs Association’s technology committee, told The Guardian, that the police-reporting feature, which he deems a “police stalker,” is dangerous.

Both men raised their concerns during a meeting of the organization in Washington. They referred to the Instagram account of Ismaaiyl Brinsley, who is accused of fatally shooting two NYPD officers last month. He posted a Waze screenshot along with messages threatening police. However, investigators do not believe he used Waze to ambush the men.

The executive director of the Fraternal Order of Police, Jim Pasco, also says he has concerns: “I can think of 100 ways that it could present an officer-safety issue. There’s no control over who use it. So, if you’re a criminal and you want to rob a bank, hypothetically, you use your Waze.”

The police officers’ fears about Waze also seem to discount other more low-tech ways of finding out the location of police officers, including following them from precincts or calling in an incident.

Read next: Built by you: Google-owned Waze’s biggest asset is its community