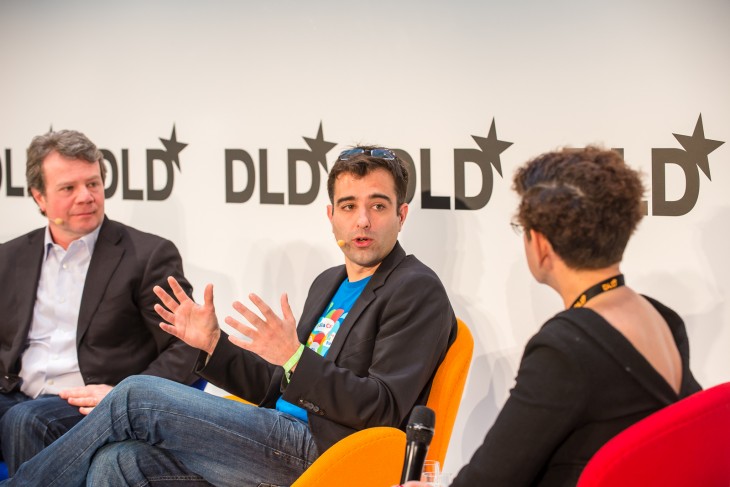 When BlaBlaCar announced last week that it was launching its ridesharing platform in India, commentators immediately leapt on the question of safety. Would the latest company trying to disrupt transportation on the continent find itself dealing with the same horrific issues as Uber?

Naturally, that was the first question I put to BlaBlaCar’s COO and co-founder Nicolas Brusson when I sat down with him at the DLD Conference in Munich. He says the big difference between Uber and BlaBlaCar is choice and community:

“There are two issues: culture – will people use it – and safety. On the safety issue, how do you build trust? There are two ways to do that: verification and peer-to-peer, community-based trust. What we rely on the most is the latter. The former works well in the UK or US but it works less well in emerging markets.

Verification there is a lot less reliable… but when you say ’20 people in the community have verified this member’, it has more value. Of course we verify identity but the key for us is to ensure you can’t set up multiple accounts…We know who you are from an online ID point of view. Peer reviews build reputation in the community.”

Brusson says launching in India made sense as demand to travel between cities grows and infrastructure lags behind: “In India there are 25 million private cars and that’s growing 15 percent year on year. Germany has 35 million cars. India will outstrip that in two to three years.”

Unlike Uber, which has already had problems with the authorities in India, BlaBlaCar may have arrived at just the right time: “The week we launched, the New Delhi Transport Authority was running newspaper ads promoting carpooling because traffic is so bad. Most local governments in India are trying to solve that problem.”

It’s in emerging markets that BlaBlaCar sees the most opportunity. Brusson says: “Every market where there are cars and we can disrupt the transport market, we’ll go there.” So where next? “Maybe it’s China, maybe it’s Africa, maybe it’s Latin America.”

One place you shouldn’t expect to see BlaBlaCar anytime soon is the US. A combination of gas prices and geography makes the prospect of the company launching there unlikely:

“High petrol prices make what we do appealing in Europe, it’s three or four times more expensive than in the US. The economic value is not as clear there. The set up of the country causes a first and last mile problem – if I tell you that we’re going to drive from Las Vegas to LA and I’ll drop you off there, how do you move in LA without a car?

If I drop you off in London, you can use the Tube and I don’t have to taxi you home. In the US, we would have a point to point connection problem in most cities except maybe the East Coast corridor.”

While BlaBlaCar doesn’t see a way to make its ridesharing model work in America yet, its German rival Carpooling launched there late last year and recently signed a partnership with Uber in its home market.

In Europe, it’s the British that are lagging behind the rest of the continent when it comes to embracing ridesharing. Brusson says it’s not safety concerns that put customers in the UK off but unfounded worries about insurance:

“It’s down to a perception about insurance. We see that on the driver side of the community. People feel like they are not insured, which is legally wrong. In fact, they are. They feel like if they transport someone, their insurance is going to be voided.”

He points out that the Association of British Insurers even issued a statement supporting ridesharing and names BlaBlaCar in particular. Still, he says BlaBlaCar’s traffic in the UK remains 10x less than other European markets. One way the company may act to counter that perception is by launching its own insurance product in the near future.

In the far future, Brusson isn’t afraid of the prospect of self-driving cars. He expects the company’s model of sharing the costs of the ride, not the driver, will survive:

Even in a self-driving car, people will still need to know each other. Everything we’ve built will still be relevant, the only thing that will be different is that the person who was holding a wheel, isn’t holding a wheel anymore. The price model will be exactly the same. Today you don’t pay for the driver anyway, you share the cost of the fuel and the journey.