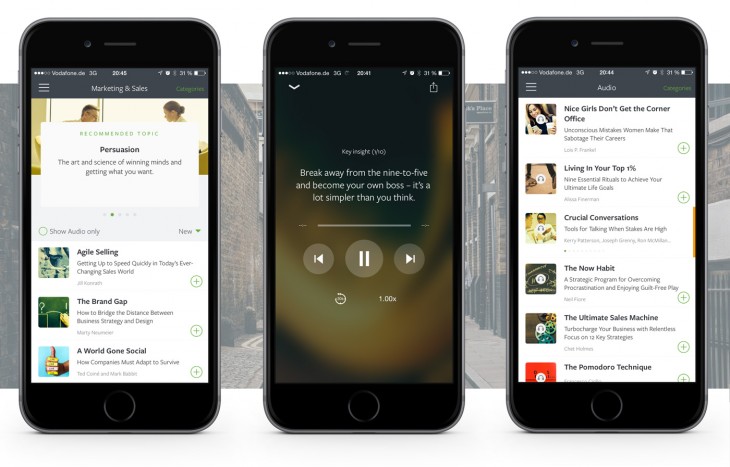 Berlin-based Blinkist, a platform that takes nonfiction books and presents them in a specially abridged mobile format, today announced a significant revamp of its platform. It’s also tweaked its pricing to entice new users to try the service.

Available for both iOS and Android devices, Blinkist now has new audio features, allowing users to do listen to key sections of non-fiction books while driving or exercising, for example. A spokesperson confirmed to TNW that for launch there’s around 50 recorded versions of bestselling books on Blinkist, and that it plans to add five new ones per week, with that pace accelerating early next year.

Like seemingly every other self-respecting app nowadays, Blinkist has also been updated to include a more personalized discovery feed. There’s also a new digital magazine included called Page19.

Perhaps most interestingly though, the company is now letting non-paying users access one book per day. Access to the catalog of more than 500 books will still cost $7.99 per month.

Read next: Microsoft rolls out suite of MSN apps for iOS and Android, including Weather, News and Sports