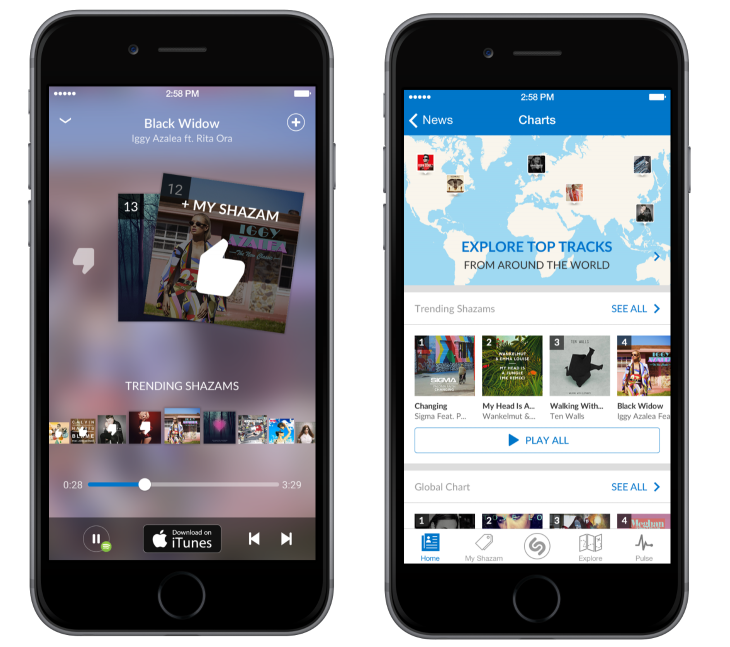 Shazam has today updated its mobile apps and desktop platform that bring a number of new features for users, such as more personalized music news for registered users and a quick access ‘Hall of Fame’ for the platform’s most Shazamed users.

Other notable updates include deeper spotify integration that allows users to listen back to full tracks on Spotify from within Shazam, and its own new in-app Music Player that lets users quickly listen to the Shazam charts. The Spotify integration also allows you to automatically add Shazamed tracks to a specific playlist.

Rounding off the list of changes is the introduction of Shazam Counts, so it’s now easy to see exactly how many Shazams each track has had from the entire user base.

The new app is available to download now for Android and iOS devices, although only the latter will be able to access the Spotify-related features right now. Fear not though Android owners, you will get this functionality “in the coming weeks,” Shazam said.

Read next: Get 93% off this Premium Photoshop Add-On Bundle