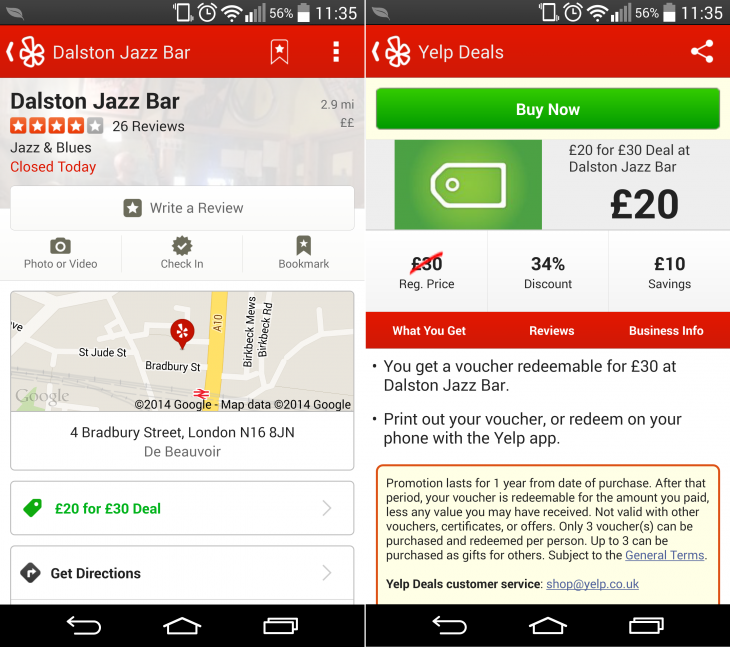 Yelp today announced that it has added the deal and gift certificate functionality previously only available for US users, to its platform for people based in the UK, France, Germany and Spain.

In a nutshell, the move means that business owners listed on Yelp can offer incentives to customers directly from their Yelp profile, and similarly, customers can buy gift certificates on Yelp for local businesses. Once you’ve purchased a deal or gift certificate, you’re emailed a voucher and just need to show the bar code in store to redeem it.

While the deals and gift certificate options might be new to users in Europe, the two features have been available to users in the US since around August 2012, so it certainly took long enough to expand them to new markets.