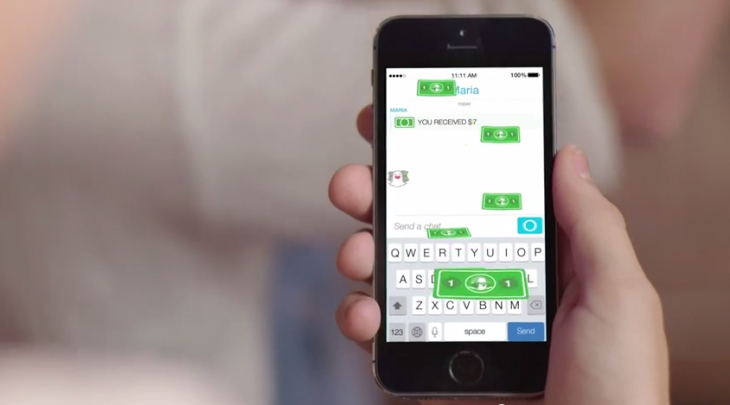 Snapchat has today announced a surprise partnership with Square that will allow users of the photo app to send payments to one another.

Once you’ve added your debit card to the app all you need to do to send cash is swipe into chat, type in the amount you want to send and click the green button.

The company says it built initially built a prototype of Snapcash and sent it to Square, who loved it and wanted to build the new feature together.

Just last month, over 100,000 photos were leaked from the service when a third party client was compromised. Snapchat, however, pointed out that it knows “security is essential” and that “Square has a lot of experience in this area.”

This move is big news for Square too, which has never offered its payments inside another app previously. When asked about whether this would be a possibility for other companies in future, Square told Recode that it is “always exploring ways to make it easier for customers to send and request money, but we don’t have anything to announce at this time.”

Snapcash, which is available now on Android and iOS devices, requires the user to live in the US and be over 18 years old to use the service.

Read next: Snapcash gives us a glimpse at the future of mobile payments

Read next: Google Keep now lets you share notes and collaborate in real-time