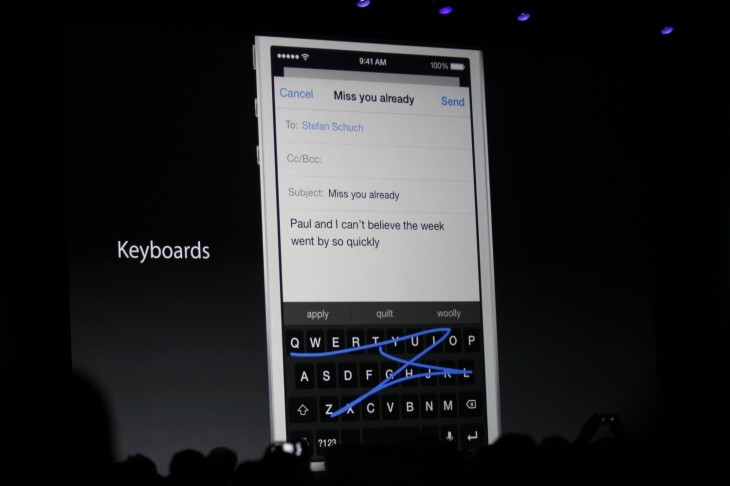 Well that didn’t take long. After this morning’s announcement that Apple would support third-party keyboards in iOS 8, the three big players in the space have announced that they will be bringing their keyboards to the next iPhone operating system.

SwiftKey, Fleksy and Swype have announced plans to bring their touch-typing offerings to iOS. SwiftKey and Fleksy announced their plans on their sites, while Swype was shown off on stage at the event and the the company shared its excitement about Apple’s keyboard plans with GeekWire.

Third-party keyboard apps will be available because of Apple’s new Extension support for iOS 8. The keyboards will act as an extension that is accessible by all apps without sharing any private information within those apps.

The new keyboards will have a competitor for iOS taps. Apple announced its own new keyboard called QuickType with predictive text similar to that found on Android and BlackBerry.

Come the fall, the keyboard market for iOS 8 is going to very crowded, which is a good thing. Competition breeds better apps and keyboards.

Read next: Apple honors Yahoo News Digest, Storehouse and other apps in its annual Design Awards