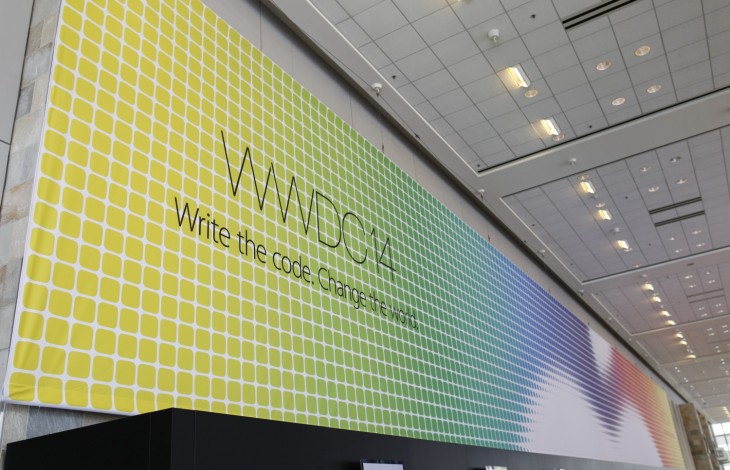 It’s a wrap! Here’s a handy recap of all the announcements Apple made at its Worldwide Developers Conference this year.

OS X Yosemite also features a slew updates to its Mail and Safari apps. Users can now send files up to 5GB in size via the Mail Drop feature, or mark up images straight in the app before sending them off. The Safari app boasts a redesign to its address bar, favorites and subscription tabs.

AirDrop also now works between iOS and OS X using its proximity awareness technology called Continuity. You can transfer documents between your iPhone and Mac, or receive caller ID on your Mac and even pick up the call or dial straight from the computer.

With OS X Yosemite comes Apple’s iCloud Drive, a cloud-based storage system that works from within the Finder. The documents also sync across other Mac computers and iOS devices. Windows users can access the files as well!

➤Apple unveils iCloud Drive, a new way to store and access all of your files

Like OS X Yosemite, iOS 8 brings updates to its Mail app which features a Mailbox-like swipe gestures, such as swipe far left to delete, right to mark as unread or swipe left to archive. The Spotlight suggestions feature also integrate results from Wikipedia entries, the App Store and iTunes, to name a few.

iOS 8 also includes quick actions to its push notifications, so you can respond straight from the lock screen or while you’re engaged in another app.

In the Messages update, users can opt to leave group conversations, set a ‘Do Not Disturb’ mode to halt notifications for various durations, share locations or send audio or video messages. If you receive an audio message, you can just raise the phone to your ear to listen to it straight from the lock screen. The audio and video messages self-destruct after two minutes, Snapchat-style.

The Photos app also has more advance editing tools, such as level adjustments and straightening, and edited images are available across all your devices via iCloud. This Photos feature will come to Macs early next year.

Lastly, in addition to new dictation languages, the Siri update now supports Shazam which will allow users to purchase recognized music through iTunes.

iOS 8 beta will be available to developers today, with a public release coming in the fall.

Apple also introduced QuickType, a predictive typing technology that learns from your local device words you often type or context from previous messages to suggest words you’re about to type.

Apple officially gets in on the Quantified Self fitness game with HealthKit which collects your personal health data from various third party apps and keeps track of your daily activities. You can access the aggregated information through the Health app. Opt to share this information with Mayo Clinic and Health will alert your doctors if your conditions are unusually worrying.

Another trend Apple’s hopping on is smart home with HomeKit, an SDK that aggregates third party Internet of Things apps into one place. Users can use audio commands like “Get ready for bed” to make sure all the connected doors are locked and lights are off.

➤ Apple announces HomeKit, an SDK for controlling your home from an iOS device

Of course, it’s not a developers conference without a little something from the coders out there. Apple announced that TestFlight will be available this fall for the Apple developer platform, finally allowing developers to beta-test their apps.

Other APIs being made available to developers also include Cameras and TouchID. The latter will make TouchID integrated with third party apps, adding an extra layer of security.

Apple announced its own programming language called Swift which will replace Objective C. Apple claims Swift is faster than Objective C thought it can still work alongside the language, and works with Cocoa and Cocoa Touch.

Read next: Apple's WWDC 2014 in pictures