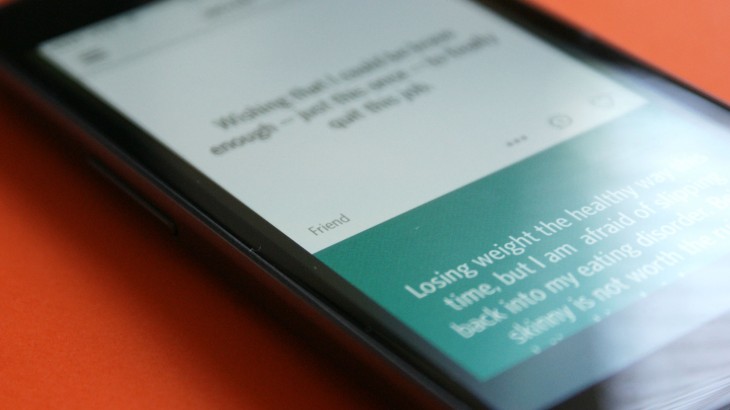 The anonymous posting app Secret has landed on Android with the often requested friend-only timeline option, new posting options and a count of how many of your friends are actually on the social network. 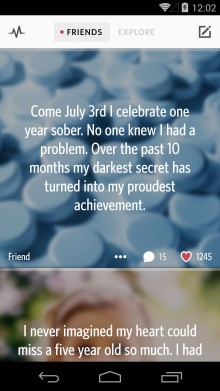 While the new posting options like questions that support responses and the ability to see how many Secret friends you have are available on both iOS and Android, the Friend stream feature is exclusive to Android. The feature reduces the stream to only your friends. You still won’t know their identity, but your feed won’t be filled with Secrets in other towns.

When asked about the availability of the Friend stream feature coming to the iPhone, Secret told TNW that “iOS will follow soon,” but the feature is being tested in the Android version first.

If you’re fan of learning the torrid little secrets of complete strangers, the Explore stream is still there for your voyeuristic pleasure. The company was also keen to announce that the app is now available worldwide for iOS and Android. The app first launched in the US and expanded to the UK, Ireland, Australia and New Zealand on April 30.

Secret has become the darling of Silicon Valley with alleged tech company employees posting secrets about their employers and their plans. All of which is be to taken with a grain of salt. For every post that proves to be at least partially true, there are potentially hundreds of posts that are outright fabrications.

So be careful what you believe.

Read next: Facebook adds TV and music identification to its mobile apps to speed up status updates