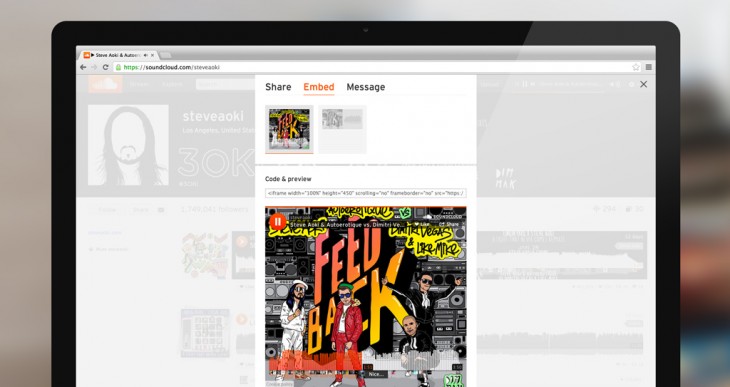 Online audio platform SoundCloud has released a ‘visual player’ that revamps the look of its embeddable player on the Web to allow for artist’s artwork to be displayed prominently alongside their music.

As well as (essentially) overlaying the familiar waveform player on an image, the new embeddable visual player also offers an uninterrupted listening experience by suggesting related tracks whenever it’s paused or it reaches the end of a song. For Pro Unlimited users, the new player also allows for Spotlight tracks to be displayed in an embedded player while paused or after playback, thereby expanding the potential reach of people that could discover the tracks.

The company said that its non-visual players will continue to be available to users, but that they too would be getting a waveform makeover to bring them more in line with the appearance of the visual player.