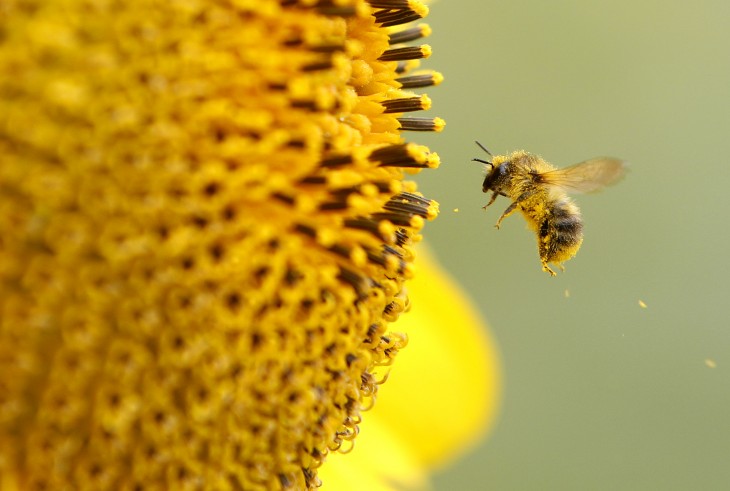 The popularity of on-demand music streaming services has exploded over the last few years. Competition is fierce as Spotify, Rdio and other industry pioneers attempt to fend off newcomers such as Xbox Music, Google Play Music All Access and Apple’s soon to be released iTunes Radio.

Most, but not all prioritize their desktop and Web apps, marketing mobile access as a premium feature exclusive to paying subscribers. To be able to choose stream specific tracks from a smartphone or tablet, users should expect to pay $9.99 a month, or thereabouts for most of these apps.

“In everything that we do, we test against three ideas. Is it beautiful? Is it easy? Is it fair?”

Bloom.fm emerged in January with a stunning iPhone app that offers listeners both on-demand streaming and randomized, infinite ‘radio’ playlists similar to Pandora and Last.fm. Available only in the UK, the app is restricted through a trio of subscription packages set at £1, £5 and £10 per month. The idea was that unlike Spotify and Rdio, new users wouldn’t be put off by the cost of entry and revert back to illegal downloads, or streaming over YouTube.

“The industry has always perceived mobile as an elite, high-priced device,” Tum Nguyen, CTO and co-founder of Bloom.fm said. “Therefore, people who want to listen to music on mobile need to pay more. We believe that mobile is the future of computing and I think two, three years on that will bear true. It’s the computing device that more people are carrying around; it shouldn’t be priced at a premium, it should actually be where you start pricing at.”

Bloom.fm is rolling out its Android app today, introducing the same innovative price points, striking flat design and effortless user experience that made its iOS app so memorable and refreshing. It’s an unusual name for a music service, but it permeates every detail in the app’s design. Geometric shapes come together to form flowers, petals and playful bees, all of which the user can interact with to play themed radio stations, individual tracks and records, custom playlists and anything stored in their local library.

“When you click on an artist in the discovery screen and there are petals rotating around a central piece, the speed of that rotation was probably changed a gazillion times, because every little bit matters,” Oleg Fomenko, CEO of Bloom.fm said. “When the discovery screen was static it was virtually never interacted with, but as soon as the team added some rotation and animation, all of a sudden it came to life and was being used.”

The ‘Now Playing’ screen is responsive, functional and uncluttered, with clear controls and a small droplet icon so listeners can easily ‘borrow’ the current song for offline playback. The maximum number of rented tracks varies depending on the listener’s subscription, accumulating in Bloom.fm’s unlimited streaming and offline playback offering for £9.99 per month.

These features are wrapped up in Bloom’s rather striking yellow, orange, black and white color scheme. It looks and feels like no other music streaming app in the Google Play Store, excelling in its simplicity and joyful nature.

“We’re not entering into an empty space, so it either has to be perfect, or we wouldn’t bother,” Fomenko added. “I think that ethos has come into the product and everything we’ve done.”

Aside from Last.fm, the £1 subscription offered by Bloom.fm is unrivalled across nearly all music streaming apps offered on Android. The company believes that offering such a low price point is the only way to create a truly mass market product and avoid Rdio and Spotify’s current predicament, where many of its users are apathetic towards upgrading to a paid subscription.

“Everyone in society thinks that it’s okay for music to be free. That’s where you’re starting from, so you have to be really pragmatic about how you structure pricing,” Nguyen said.

“We spent a lot of time trying to work out what kind of limitations we should we put in. After all, you have to put limitations in to justify a £10 product, as well as a £1 product and to give the labels a reason to license you. So we had to think a lot about how we would restrict that.”

Bloom.fm expects many of its users to be students, teenagers or young adults in their twenties trying to keep their monthly expenditure down. That was the thought process behind the £1 subscription, as Bloom.fm feared that its target users in the UK – who might already be spending £10 per month on their mobile phone contract – would perceive anything higher as just too expensive.

In the past, Spotify has tried to nudge its users towards paid subscriptions by restricting their access on mobile devices and also limiting the amount of music they could listen to each month (the five-play limit for free users has since been removed, however). Nguyen said he was keen to avoid that scenario, which ultimately leads to users quitting the service altogether.

“We’re working on a web version of Bloom, but we only want to release a version that makes sense.”

“I know that as a student, I was listening to more music than than I am now, because I had more free time,” he said. “So we really didn’t want to limit how many hours they could listen for. We’re keeping in mind that most people won’t abuse it and will naturally progress to a more convenient service where they don’t have to keep swapping tracks in and out and they can take whatever they want. But it has to be pragmatic, because if you restrict them too much, they’ll just run to illegal services.”

Bloom.fm has 250,000 users, which is small compared to its closest rivals. The app’s UK exclusivity is an undoubtedly a factor, but the company has also refrained from marketing the app too aggressively until it had completed developing the service for other platforms.

A Web app is coming

The app is compelling, but the value of Bloom.fm’s unlimited, on-demand streaming package is weakened by the omission of a desktop or Web app. Without them, it’s likely that users will opt for the cross-platform ecosystems offered by Spotify, Rdio and other music streaming services in the UK.

Fomenko said a Web version of Bloom.fm “will take a little time” but isn’t far off. “We do believe that desktop is very important,” Nguyen added. “We’re working on a web version of Bloom, but we only want to release a version of the site that makes sense.

“The user interface is going to be very different because users are going to be interacting with a mouse, rather than with their finger. So we want to make sure we do it in a sensible way, but also make it a joy to use so people are delighted and say ‘wow, this is different but it’s simple.'”

Read next: Jeff Bezos says The Washington Post can be successful if it adopts Amazon's business philosophies