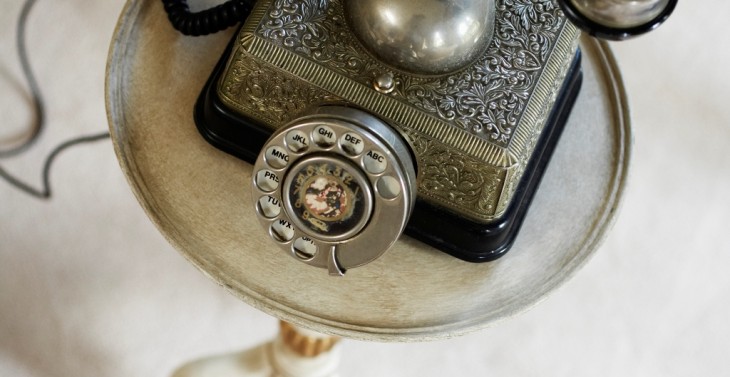 There were somewhere in the region of 45 billion minutes of audio-only conference calls in North America in 2012, a stat that bodes well for the future of Speek.

Work started on the Web app back in March 2012, and after a while in beta which has seen a couple of hundred thousand users join, Speek officially opens the doors to the public today. So we thought we’d take a look at what it’s all about.

Speek essentially offers an easy way to set up and join a conference call – no downloads or setting up required. The call initiator (i.e. those who wish to organize a conference call) set themselves up with an account and secure their own username, which subsequently serves as a unique link for all future conference calls – this would look like: speek.com/YourName.

They then send that link to everyone who they wish to join in the call – this could be by email, instant message, text message or even verbally – and the recipient is given direct access to the virtual conference call room.

Now, the call participants don’t need to have an account – in fact, they don’t need anything other than a telephone. No conference ID or PIN is required. They enter their own telephone number (this could even be a Skype number), click ‘Join this call’ and their phone will ring.

At the time of writing, this will only work with US telephone numbers, which is obviously a big drawback, but it will be opening to international telephone numbers within the next couple of months.

But for the launch today, Speek is also rolling out a WebRTC-enabled VoIP feature which gives access to conference calls through Chrome – this feature remains in beta for now, but is open to anyone around the world.

For the uninitiated, WebRTC is an open source project that gives Internet users the ability to communicate in real-time through voice and video, simply by using a Real-Time Communications (RTC) compatible browser.

Google first started trialing WebRTC for Chrome almost two years ago, and it’s now at a stage to enable pretty flawless real-time communications. Firefox is also currently in the process of implementing the technology, and is expected to be made widely available soon.

So, if you’re using Chrome, you can bypass your telephone altogether by plugging your headphones in and clicking ‘Join through your computer’.

I trialled the service with Speek co-founder and CTO Danny Boice yesterday, and it worked fairly well throughout. It’s a very visual-based platform, with all participants visible on-screen, regardless of whether they’re talking through the browser or through their phone.

You can also ‘see’ who’s talking at any given point, as their box-shaped avatar lights up when they speak around the virtual table.

As things stand, Speek is free to use for up to 5 people in each call. For $10/month, you get unlimited participants, and the added ability to share files during the call. You can also record your calls and access the audio transcripts later, a feature that’s sorely missing from the likes of Skype, a similar VoIP service you may have heard of.

To share a file, you drag it to the middle and it then appears on-screen for others to download, rather than it being sent to each individual user, though it would be better if these were displayed as larger icons, with file-previews and so on. You can also add text-based comments to the ‘room’, which appear in the bottom right.


The table metaphor will only last as long as the number of participants remains manageable – if there’s 30 people on a call, it would be difficult to crowd them around. So, as more people join, the table eventually morphs into a grid-like view with lines of people.

Oh, and you can add anyone to the call simply by clicking the ‘Add a caller’ button during the meeting. Similarly, you can choose to mute someone if they’re slurping on a particularly noisy frappuccino.

It’s early days still, but it’s difficult not to see a future for Speek, even though it operates in an increasingly crowded market. In addition to the likes of heavyweights such as WebEx (which also offers screen-sharing) and newcomers such as MeetingBurner, there’s a slew of companies vying for the $22.3 billion audio-only conference call market. And that’s just North America. But Speek brings more than enough to the table to make a dent.

More or less all existing services require dial-in instructions, with PINs and other codes the order of the day. Speek really is about as easy as it gets, but that isn’t without its flaws. As things stand, there doesn’t seem to be anything stopping anyone joining a call – if you know the username of the CEO in a rival company, you can invite yourself into any call.

However, given this is a visual-based system, you can see who’s on the call at any given time. Plus, there are plans to roll-out a ‘lock’ feature shortly, which means as soon as everyone you want is on a call, you close it off to new entries.

“My co-founder (CEO John Bracken) and I started Speek because we are part of the 90% who are dissatisfied with the current conference call experience,” explains CTO Boice. “Both John and I have spent decades dialing into conference bridges, not knowing who is on, not knowing who is talking, listening to some participant eat their lunch on the call without the ability to mute them, and the list goes on. It was a miserable experience that had not changed in 30 years.”

Bracken is actually the co-founder of Evite, a social-planning site launched in 1998, and he lead the development of AOL Instant Messenger for the best part of a decade before jumping on board with Speek.

To date, Boice says Speek is being used by thousands of firm across the business spectrum, including law firm, venture capital companies, technology firms and more.

Speek is open for everyone to use now, though the primary feature is only open to US-based telephone numbers for now.

Read next: Swivl lands $500,000 from Grishin Robotics for its nifty remote camera controller