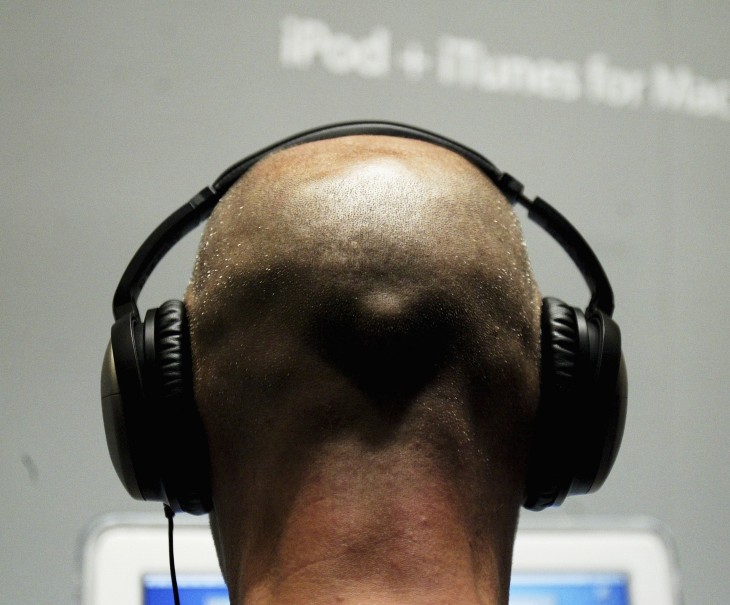 Schematic Labs’ SoundTracking, a mobile app to capture your musical moment, is releasing a new update to its service for its iPhone and Android apps. Perhaps the most notable of the update is that the app will contain a “Smart Play” button. With this feature, users can tap on it to watch the full-length video or listen to the complete song that someone has shared through the app right from YouTube, Spotify, and Rdio.

We spoke with Schematic Labs’ CEO Steve Jang and he told us that the company has been interested in finding ways to bring the full length song experience and gratification to users that is both high quality and a more fluid motion that requires only a single tap.

Say you happen to be watching Psy’s “Gangnam Style” video that your friend posted. In the top right-hand side of the video will be the “Smart Play” button that will play the full YouTube video right within the SoundTracking app. If someone posted the mp3 version of “Gangnam Style”, the “Smart Play” button will display the song right within either Spotify or Rdio’s app.

SoundTracking says that it chose YouTube, Rdio, Spotify for different reasons, but one that stands out is that the company liked not only the back-end, but also the front-end experience — how users interacted with the service. Additionally, the three services allow for deep-linking so that users are not going to a catalog of songs or related videos, but rather right to the specific piece of content.

This isn’t the first time that SoundTracking has been involved with Spotify and other services. Last October, the company launched a dedicated Spotify app whereby users could share songs right from the music service directly with friends using the SoundTracking app. It’s also has integrations with Rdio.

The difference here is that while songs are shared in the SoundTracking app, they are only 30 second previews. With the “Smart Play” button, users will be able to listen to the entire song. 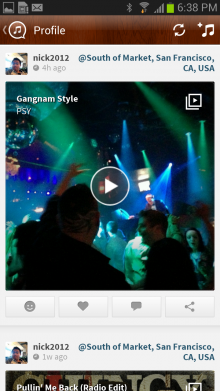 In addition to the “Smart Play” button, SoundTracking is making modifications to its Android app to make it match up with its iOS counterpart. Last January, the company released a “significantly faster and more streamlined” version of the app that came with a new user interface, better sharing and discovery features, and a new “social experience”. Today, the Android version gets caught up.

Features that the Android version will have include playable photo feeds, song dedications and mentions, Twitter cards for music lovers, verified SoundTracker accounts, trending nearby services, and more.

Since the updated iOS app made its debut, Jang tells us that it has received pretty good reviews from its users. Within the past few weeks, the company has seen a 400 percent increase in social interactions just from within its iOS app alone. 1.5 million interactions are occurring daily just on the iPhone app.