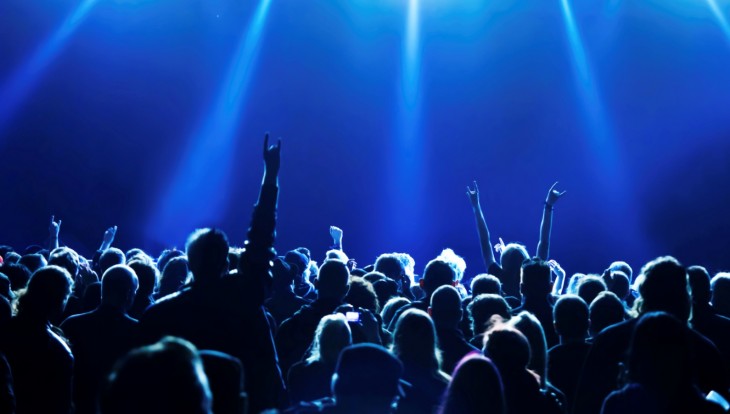 O2 Tracks was quietly rolled out on Google Play and the App Store last week, and reels recent chart tracks in for £1 a week (which appears on your mobile phone bill), following a two-month free trial. This, of course, is for O2 customers – for non-O2 customers, they’ll get a free two-week trial after which will have to pay £4.99 each month.

There are three main sections in the horizontal menu bar – Music, News and Favorites. The Music section is the main audio area, letting you access new tracks just in, the Official Top 40 and playlists.

The playlists are curated and change all the time, but seemingly don’t have to feature current chart songs. In terms of the Official Top 40, you can scroll down the list and click on each track to listen to.

O2 has a history of associating itself with the music realm, and already has branded music venues in London – the appropriately titled ‘The O2’, as well as the O2 Academy (formerly The Brixton Academy). It also has ticketing site O2 Priority.

The app automatically downloads chart updates overnight – while it will work over 3G or WiFi, the latter is recommended for obvious reasons – and the songs are actually downloaded to your mobile, rather than streamed. The tracks available in the app are updated weekly – with new entrants replacing songs that have drifted out of the charts, but if someone wishes to buy a track permanently, they can do so directly from the app.

Besides the main chart, the app also serves up daily entertainment news, as well as a Scott Mills app cast and celebrity gossip.

If this app sounds familiar, well, that’s because it’s existed before under different branding. You may recall Samsung announced a very similar app last summer, available initially for the Galaxy Ace II. As with the O2 app, it too was powered by mobile music company MusicQubed.

The app is available to download now on iOS and Android, though versions for BlackBerry and Windows Phone will be arriving on the scene soon.