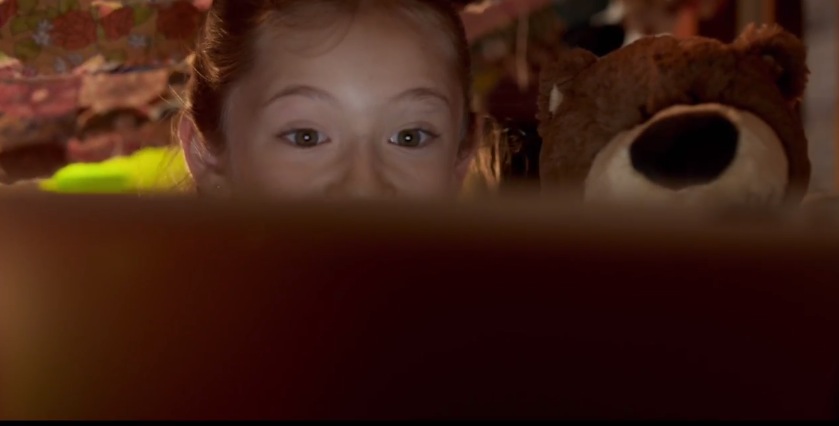 A teaser video just dropped on the ToyTalk site that shows a teddy bear chatting with a kid via an iPad. The video is short, but the promise is long and the talent is strong.

ToyTalk was founded by CTO Martin Reddy, formerly of the Artificial Intelligence Center at SRI international (the company that  spawned Siri) and CEO Oren Jacob, another Pixar alum who worked on tech for Toy Story, Toy Story 2, Bugs Life and Finding Nemo.

The app appears to use artificial intelligence and speech recognition, along with scripted passages headed up by Chief Creative Officer Bobby Podesta, another ex-Pixarian, who worked in animation and as a story artist on many projects.

The app allows kids to insert their own toys into the scenario, interacting with them through the magic of the app.

The power of the structured logical intelligence behind systems like Siri, combined with the writing and animation talent of Pixar? Sign me up. We’ll likely find out more about the project in the coming weeks, but until then, you can register to get alerted on the ToyTalk site.

For an interesting tale, check out Oren’s account of how Toy Story 2 was deleted from Pixar’s servers not once, but twice.