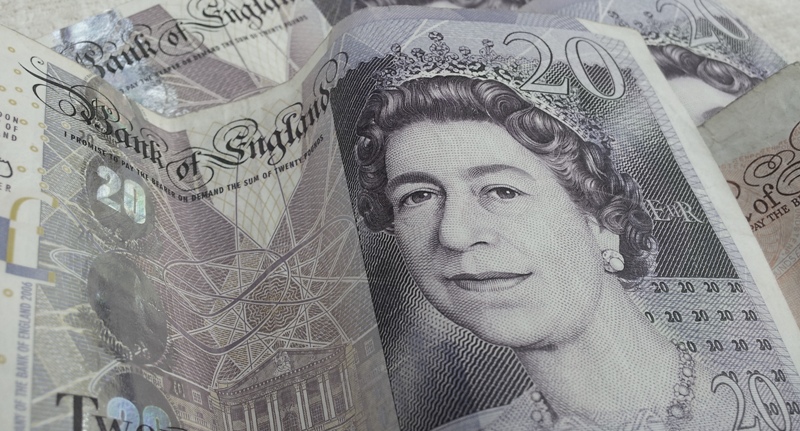 Way back in May 2010, we queried whether Money Dashboard could become the UK’s answer to Mint.com. “Mint.com has earned a great reputation in the US for its online money management tools, allowing users to keep track of their finances in real time via Web-based and mobile apps,” we noted at the time. “The problem? It’s only available to US residents.”

A big problem indeed for non-US residents. But this was the gap that Money Dashboard sought to fill. Indeed, it made a strong start with its efforts according to our initial tinkerings, but more than two years on the Edinburgh-based startup has relaunched its money-management tool, and we’ve had a peek at what’s new with this latest incarnation.

Just to recap, Money Dashboard is an online money-management tool that lets you monitor, organize and take control of your finances. It reels in your online current, savings and credit card accounts from all the major UK banks, letting you manage everything together in one place.

It lets you track earnings, expenses and budgets. Your Dashboard offers a snapshot of your spending past, present AND future, through a number of really neat, customizable graphs and charts.

The Next Web was privy to a demo of the latest Money Dashboard version last month, and we were blown away by it – it offers a very detailed, granular level of personal money management.

“The effort and will power that it takes to allocate valuable spare time on household financial admin, means that many people rarely have a clear picture of their money,” says Gavin Littlejohn, creator and CEO of Money Dashboard. “Going through all of your statements from multiple banks to fully understand where your money goes is a real pain.

“With Money Dashboard 2.0 you can get the true view of your money in five to ten minutes,” he continues. “By getting this clear visibility of their money they can quickly get control of their budgets, make informed decisions and find ways to plug their leaky buckets. For those trying to set goals and manage the bigger picture of savings and debt repayment, being able to quickly and easily forecast the affordability of these decisions is key to achievement.”

Without further ado, here’s an overview of how it works and some of the key features. Bear in mind, Money Dashboard will offer something different for each person’s situation – whether you want a brief overview of your main outgoings, or you simply want to ensure every single penny is accounted for as you save up for that 2-week cruise in the Caribbean, you’ll likely find a use for this.

The signing-up process is pretty pain-free – you give your name, email address, DOB and post code, then you set up your password and security question. Now, it’s time to reel in all your current, savings and credit card accounts so it’s all centralized under one big virtual roof.

Then, you enter the name of your bank:

Now you’ll have to enter all your personal details – account numbers, security codes, memorable names, schools attended…and all the rest.

It actually feels a little funny doing this – when I log in to my own online banking account, it doesn’t ask for so many details in one go. For example, the security code usually only requires two of the four digits, and it won’t ask all the remaining security questions in one fell swoop – it typically alternates them. And this is for good reason – it’s so that if anyone does get hold of your personal details, they won’t be able to log-in repeatedly, as the questions will change.

However, Money Dashboard is a read-only application which means that money can’t be withdrawn or transferred. Littlejohn tells us that they use bank-level security to ensure your data is protected. So, if you can get past this mental hurdle, then you’ll be impressed once you’re in.

When you log in to Money Dashboard for the first time, it automatically loads your past three months worth of statements.

Let’s assume you’ve got a current account, credit card account and a savings account with different banks – not a problem, you can link them altogether here. Now, Money Dashboard is clever enough to sort and categorise your everyday expenses, making it easy to break your spending habits down each month, or quarter if you wish.

With its so-called intelligent tagging, Money Dashboard’s database of more than 1.5 million merchant descriptions knows that costs tagged as ‘Shell’ or ‘BP’ will likely be fuel costs. But you can also train Money Dashboard to recognise, remember and accurately tag transactions such as spending with smaller local retailers.

So what you end up with is a rolling expenditure stream with categories such as ‘charity’, ‘pets’, ‘household’ or ‘alcohol’, if you want. You tailor it to your life.

For each month, you can set yourself a budget and you can see as the month progresses what categories are chomping into your finances most, which means you can better plan for the future. Spending too much on takeaways at lunch time? You can curb your £25-a-week habit by packing some sandwiches instead.

But what about the future?

Money Dashboard generates future budgets by analysing up to three months of your past transactions. It then shows prospective closing balances for the months ahead based on your recent spending habits.

Armed with this data, you can then throw a handful of known expenses into the mix, or financial goals, such as holidays or weddings, thus you can see how likely you are to meet your ‘goal’, and understand exactly what you need to to do to go about achieving this. Through a series of graphs, you can see how much you’ve saved in relation to your goal over a given timeframe.

You can glean a lot of Insight from your spending through doughnut charts such as this – you can look at current account trends this month against last month, and you can view all your recent spending groups, such as household, lifestyle and transport. There’s even an option to receive alerts around key issues, for example if you’re dangerously close to overdoing your leisure spending whilst jeopardizing life’s little essentials. Such as food.

Money Dashboard generates what it calls a ‘Clear Cash’ figure (your disposable money) showing you the money available from current accounts which can be used without impacting other planned outgoings. For example, if you need to know if you can afford a big night out with the boys and still have enough left over to cover your Council Tax, this will help.

A little bit more about how it works

Similar to its American counterpart Mint.com, Money Dashboard is powered by Yodlee which is a US-based software company that operates an account aggregation service. Yodlee manages the data of banks around the world and powers Internet banking for many of the major financial institutions across North America and elsewhere. Just to put all this into context, Yodlee is responsible for the transfer of more than $3 trillion per day.

As for Money Dashboard, well, the company was founded by Gavin Littlejohn in Edinburgh, Scotland, and was released in its original form back in 2010. In the two years since then, Littlejohn and Co. have taken stock of their situation, and listened to a lot of feedback – this has resulted in what we see today. A new design alongside a slew of new features.

“Money Dashboard 2.0 gives you a more realistic view of your money,” says Littlejohn. “We have had the benefit of specific user feedback from earlier versions of the service and have delivered a vastly improved user interface and really intuitive design. The benefits of using the application are real; we are all about empowering the user with their data to make decisions, but without making them work really hard for the privilege.”

Based on our experience, Money Dashboard is well worth your attention. The new version will go live later today.

Read next: Amazon goes with Nokia instead of Google for new Kindle Fire maps