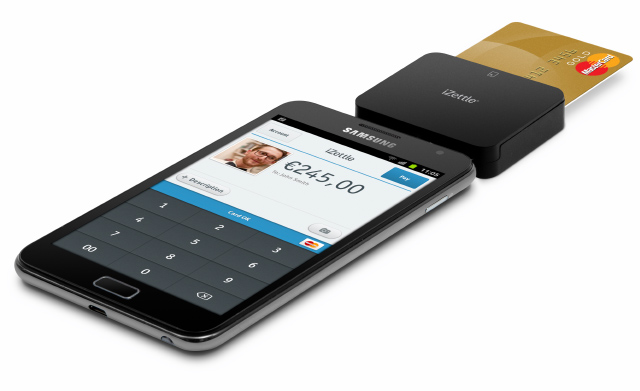 Swedish mobile payments company iZettle is moving quickly to launch in more regions and develop new products as chief rival Square is preparing to make its way to Europe. iZettle is today debuting an Android app in its home country Sweden after testing it with Samsung.

iZettle for Android is free and compatible with the Samsung Galaxy S II, S II LTE, S III and the Galaxy Note – it can be downloaded from Samsung Apps.

The company promises that the Android app will be compatible with other Android phones “during the next couple of months”.

Swedish users can currently order the iZettle for Android reader in Telia (part of TeliaSonera) stores nationwide or buy it on the company’s website.

Already available for iPhone and iPad, the all-new Android app will eventually allow anyone to take credit or debit card payments in the Nordics and the UK, whether this is done with or without iZettle’s custom mini chip-card reader.

iZettle for Android has the same features as the iOS version, but plugs into the device’s audio jack.

Also worth noting: where Square makes use of the magnetic strips on payment cards, iZettle’s focus is on the chip-and-signature system, which is more common in Europe.

iZettle charges a percentage of the transaction amount rather than fixed service fees. The company’s service is EMV (Europay, MasterCard and VISA) approved, and compliant with the Payment Card Industry Data Security Standard (PCI DSS).

Meanwhile, the company still hasn’t resolved its issues with Visa Europe. You may remember that iZettle was forced to withdraw support for Visa card payments in Denmark, Finland and Norway at the end of July 2012.

It’s important to note that the blockade doesn’t apply in Sweden, but a spokesperson did confirm to me that iZettle doesn’t have anything to announce regards to the situation in the other Nordic countries yet.

Founded in 2010, iZettle is based in Stockholm and recently picked up $31.4 million in funding from Greylock Partners, Northzone, MasterCard and others to bankroll its ambitious expansion plans.