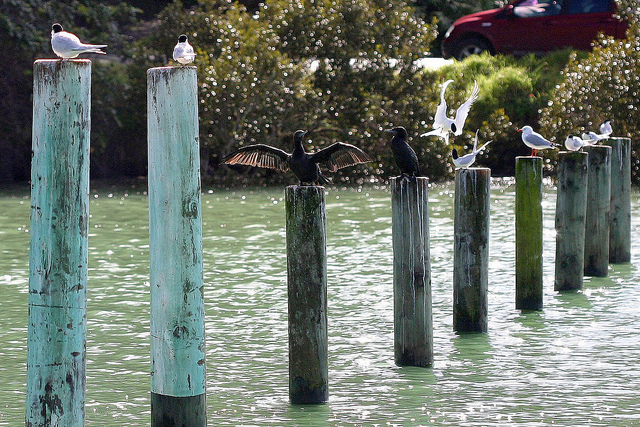 How do you currently share things from your mobile device to someone you know? Perhaps email, Dropbox or even Bump? A new app called Chirp is a sharing app that sends things to your friends via a “song.”

The app is quite brilliant actually, considering the fact that it doesn’t make you do anything crazy to share a photo, link or note. It’s a functionality similar to that of music app Shazam, in that it listens for things be added to your queue. The items have a uniquely identifiable tone, so if your friend has Chirp open too, the tone will be processed and the item will be shared with them.

The tones that Chirp generates uniquely for each of your items can be heard from other Chirp users, so you could literally share a link with ten people at a restaurant simply by playing the tone to them. Just tap the “+” button and pick something to share:

Once you share, just tap the chirp button and music begins:

I can imagine that in a crowded place, the tones might be too difficult for your iPhone’s microphone to pick up the tone, so that’s something to think about.

The next time you’re at a party, this is going to save you a crapload of time doling out all of those cool sites that you mentioned and all of those embarrassing photos that you took.

Read next: You should be able to explain your startup in one sentence