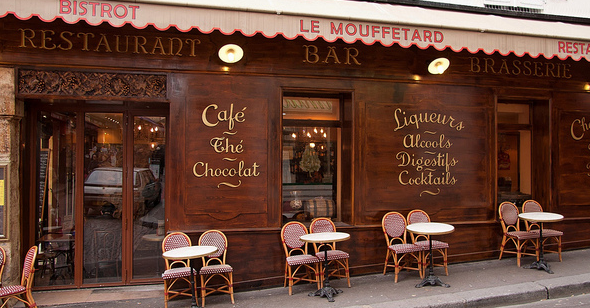 Since Amazon first started hosting user reviews over a decade ago, finding advice online haven’t shifted far from its 1.0 beginnings. Today, giants like Yelp dominate the recommendations space, but there’s a curious thing about Yelp’s popularity: since it pre-dates the supremacy of a “social Web,” the site is entirely powered by strangers.

That brings me to one simple question: you wouldn’t trust a random stranger’s taste in food on the street, so why trust that recommendation on Yelp? This is the problem that led to Livestar, which is launching today to help you find recommendations for restaurants, music and movies from the people you genuinely trust — like your friends, family and professional critics — not strangers.

But where does all this valuable information come from? First, no matter if your friends are using the Livestar app or not, you’ll be presented with a slick and clean interface that helps you find the best places nearby, according to the top critics in your area.

From there, the app makes it surprisingly easy to bring your friends in, as users of the app can simply send a message over to friends (via your address book, Facebook, etc) that says something along the lines of “Harrison has asked you about your favorite romantic restaurants in NYC, answer him here.”

Then, instead of forcing friends to download the app, they’re instead brought to a HTML5 Web app that pre-populates the reply with possible romantic restaurants in the area that can be stared from one to five, or elaborated on — taking away much of the friction that would normally have discouraged real responses. This all comes in addition to the social obligation to answer.

As we stated above, the current verticals include music, movies and restaurants, but the company has plans to expand into apps, TV shows and more. It’s noteworthy that location-based and non-location-based content will both exist on Livestar — something that most companies never look to combine into a single site or app.

It will take time for Livestar to outpace Yelp as a powerhouse with detailed and readily available recommendations, but the new app’s system of connecting you with the people you actually have reason to trust — instead of complete strangers you may never have wanted to associate yourself with in the first place (like people who think tortilla is pronounced “tor-till-ahh”) — is a powerful offering.

➤ Livestar, for free on iOS