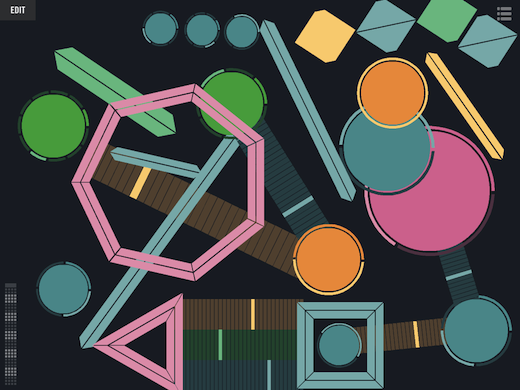 It was dubbed the music production interface of the future, the most app-y MIDI controller ever, and highlighted pre-launch by blogs like co.Design and The Verge, but now it is finally here: as of today, you can download the übercool Beatsurfing iPad app.

It’s priced 10 euros (or $11.99) so this is not a tool for everyone, but if you’re a music producer, DJ or have a vested interest in the music creation space in any other way, this is one must-have application.

Beatsurfing is a 3-dimensional Organic MIDI Controller Builder for the iPad – I told you it’s not for everyone – that allows people to control any MIDI-enabled device (including software, hardware or even selected iPad apps through Virtual MIDI) and even ‘draw’ their own behaviors.

It was designed to be used for live performances and studio productions.

To see it in action, see the video below or see screenshots.

Beatsurfing for iPad was developed by Herrmutt Lobby & Yaniv De Ridder and released by VLEK. Which means it was made in Belgium, just like me!