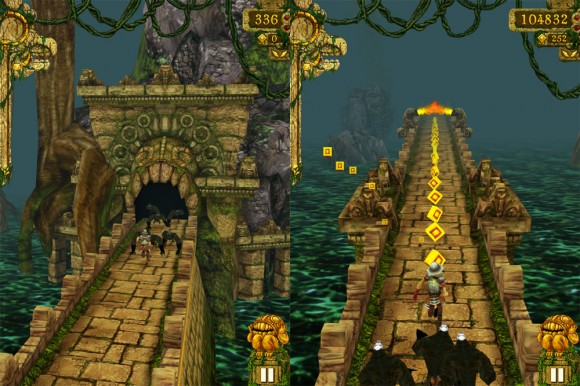 Temple Run is easily one of the most fun and addictive games you can download for your iDevice. Since launching in August of last year, it had already been downloaded over 40 million times.

While iOS undoubtably makes up a majority of these downloads, the game’s popularity in the Google Play marketplace cannot be understated. Perhaps this speaks volumes about the recipe for a successful Android launch, where you push iOS first and wait for Android, launching only before users go crazy with envy. Another example of this is Instagram, which already has Android users registering early.

As you can see in the tweet below, Temple Run is killing it on Google Play. The team now appears to have its sights set for the Angry Birds franchise.

. @TempleRun is #2 Top Free App on Android Market. Now to see if we can take down Angry Birds Space…

If you haven’t yet checked out the app, it’s free on Android and iOS, so you really don’t have an excuse to get out of downloading it.

➤ Temple Run, for iOS and Android

Read next: Get it together Groupon, you're making Chicago look bad