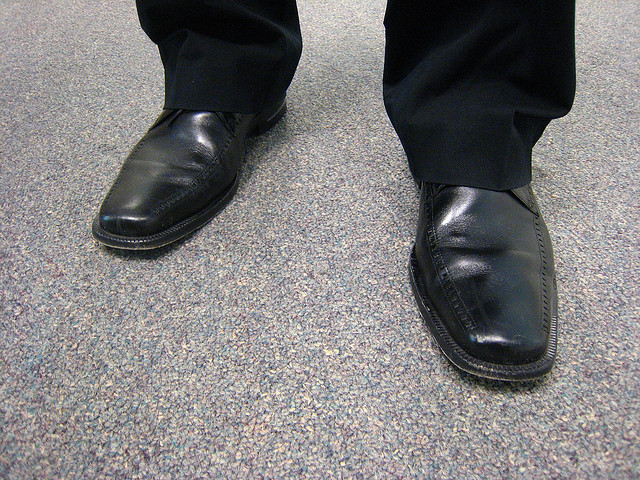 If you’re running your own company or have a schedule that doesn’t leave you much time to do your shopping or tidy up your apartment, you might be interested in outsourcing some of the stuff you just don’t want to do. Services like TaskRabbit and Zaarly have become quite popular in major cities to handle tasks like putting together office furniture.

A new service called Exec is launching today to pick up the slack on where some of these services fall flat, specifically in guaranteeing you a person to handle your job within ten minutes of submitting it.

The company is founded by YCombinator alum Justin Kan, who founded Justin.tv. The founder had a need to have very specific tasks done quickly and by professional trustworthy people. When we spoke to Kan this week, he told us about a colleague on a trip leaving something at his home and having the need for someone to ship it to him. The service they used for this was Uber, which is definitely not the type of service you’d use for something like that.

Kan saw an Uber driver as someone who is trusted and enjoyed the immediacy of the service and out of those two needs, Exec was born.

Exec goes through an interview process and background check before it hires its professional “Execs”. Since the company has done all of the footwork for you, it’s easier to trust these folks with anything from running errands for your office or cleaning up your apartment after a party. The service is being beta tested in San Francisco, much like Uber was, with plans to expand to other major cities in the near-future.

The price for having Execs handle tasks is a set cost of $25 an hour, with additional mileage costs if they leave the city of San Francisco. For example, an Exec could run to Ikea for you and then put together the furniture.

The feel of the Exec service is extremely similar to the elegant and professional tone of Uber and that’s no mistake. The same clients of the driving service on demand will be the ones who are the quickest to adapt to using Exec for anything and everything.

You can submit a new job through the Exec website and a history of your tasks will be tracked there as well.

The site suggests the following tasks as things its Execs are waiting to handle for you:

– Drop off your dry-cleaning
– Go get take out food from a place that doesn’t deliver
– Research a bunch of stores and find the exact thing you want right now
– Go to IKEA, pick up some furniture, bring back to your house and assemble
– Pick a Valentine’s day gift out for your significant other

Once you’ve submitted your request, Exec promises that the task will be accepted by one of its Execs within ten minutes. Instead of fielding offers to handle tasks like you would on TaskRabbit, you don’t have to worry about who is handling things since the price is fixed for everyone. Kan says this is a major differentiator for the service, since figuring out who to choose to handle your task requires a lot of time in and of itself.

Much like Uber, you can rate Execs with stars and provide the service with feedback that helps it learn the needs of its userbase. Exec takes a cut from each task booked, but isn’t sharing what that cut is exactly as it may change in the future.

If you’re not at your computer, you can use the Exec app for iOS which will let you schedule jobs for the future and get updates on how a task is going:

Your credit card will be charged automatically when the task is completed and conveniently includes a tip. Yes, that’s just another cue that Exec has taken from Uber. The service is available from 9am-9pm, which should cover a long day at a startup.

This really is a service for busy professionals with disposable income and small companies who don’t have the money to hire a full-time office assistant. In a pinch, Exec could be a huge lifesaver, and I imagine that the comfort of knowing that the person handling your task has been pre-vetted by the company covers any costs that seem excessive.

Kan is running this project through YCombinator, like his other companies, and it could have a serious hit on its hands with Exec once it starts to expand to other cities.