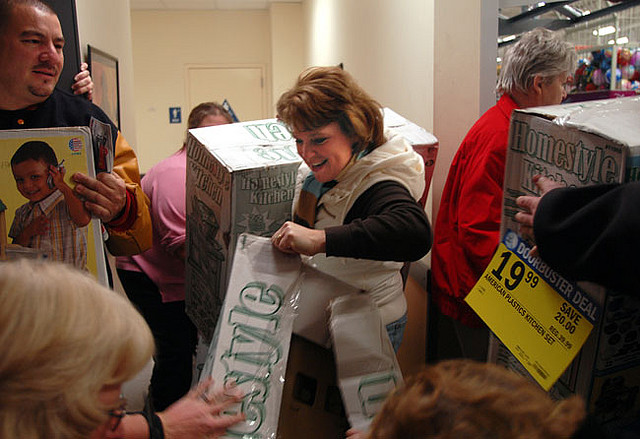 Zaarly, the iOS, Android, and web app that can help you find folks to handle pretty much any task for you, has seen a lift in usage this holiday season. The most requested task? A stand-in Black Friday shopper. Smart.

The company shared some interesting numbers exclusively with The Next Web, showing impressive usage and adoption since its launch on May 18th, 2011:

Regarding the Black Friday lift in usage, the company has seen $4,000 worth of requests for personal shoppers in the past week alone.

The company recently rolled out a local alerts feature that gives you a push notification whenever an open request becomes available in your area. The example that Zaarly gave to us for this usage is if you’re in line at the Apple store for something and someone wants you to pick something up, you can be notified immediately. It’s a pretty handy way to pick up a few extra dollars if you’re already there anyway.

Of course, Zaarly isn’t just for buying and selling services, you can pick up anything from a used iPhone to concert tickets using the app.

Read next: The sweet Glif tripod adapter for iPhone just got keychain and stabilizer add-ons