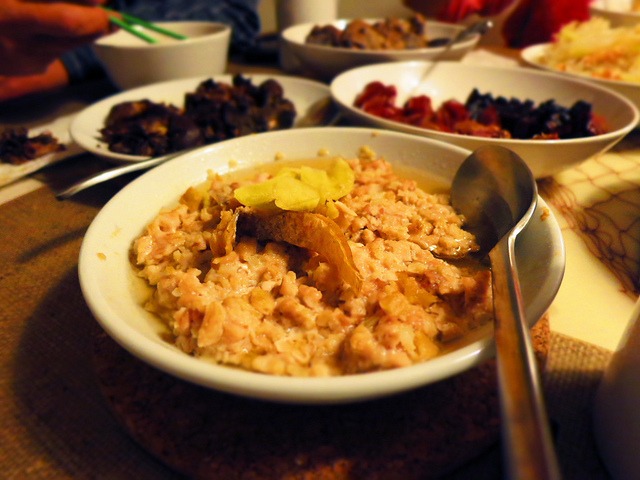 While there’s no shortage of apps that let you take pictures and share them with a bunch of people, the ones that focus on food seem to be creating a niche for themselves. Recently, we wrote about how Foodspotting decided to relaunch as a discovery app to take on Yelp reviews.

It’s a smart move for them, but the pictures you take of food that you make at home still needs a home. That home could very well be a beautifully designed app for iOS and Android called DishPal.

What makes DishPal different is that it lets you elegantly share the dishes around you in groups or by using hashtags in addition to the typical stream of photos you’d find on Instagram.

DishPal lets you sign up using your Facebook account and once you get started you’ll notice that the app’s design is clean and as you tap through photos it uses really nice transition effects that feel really smooth. The power of the app isn’t just taking pictures of food, it’s really all about sharing groups of things like you would on sites like Pinterest.

One of the really cool features of DishPal is called “Party” where anyone can set up a themed group that invites others to share pictures of similar food. For example, you can set up a “Chocolate” party and everyone on the service who has taken a picture of amazing dishes with chocolate can add them to the party. It’s a great way to find new dishes and meet people:

In addition to these groupings which require you to participate, the DishPal app smartly uses hashtags as a way to automatically group photos together. Doing this for a photo sharing app for food makes absolute sense and makes discovery of great dishes even easier:

While some of the users on the platform are sharing their recipes upon request, it doesn’t seem like the community has taken to the idea of doing this with every photo they post. Of course you can still take photos of food from restaurants but I think that the more powerful play for DishPal would be to make itself the “homemade version” of Foodspotting.

If inviting people to add photos isn’t your thing, you can set up your own groups of food by using the app’s “Magazine” feature which you can set up for any theme you like. For example, if you wanted to make a Magazine for the top 10 dishes in San Francisco, you could do that in just a few taps. It’s yet another way that DishPal is utilizing curation to power discovery.

If you just want to share pictures and stories about food, checking out DishPal might be for you. I like taking pictures of food, but I don’t really want to provide a review for a restaurant like Yelp, Foursquare, and Foodspotting wants me to do. This app is for hardcore foodies.

➤ DishPal for iOS and Android