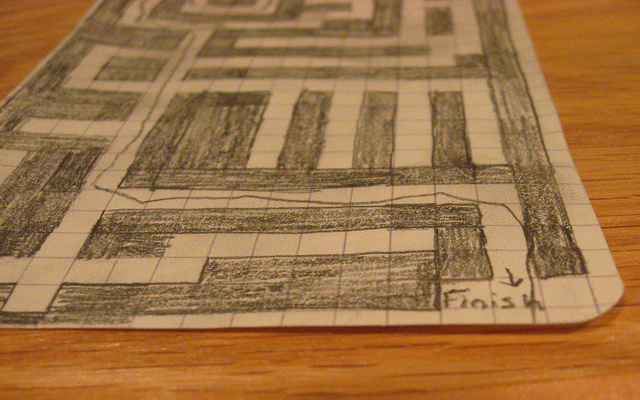 In the age of evolving technology, video games are starting to look more and more like movies. The last game I picked up for Xbox had a ten minute theatrical intro that looked like something I’m accustomed to seeing in a movie theater. One site wants to get us back to our roots with text-based games that have zero graphics whatsoever.

Tech writer and tech entrepreneur Andy Baio decided to not only build a site where you could play these games, he wanted to give you the tools to create your own text adventure.

Playfic started out as a side project with his 15-year-old nephew and Baio decided to introduce it to the world.

Playfic is a community for writing, sharing, and playing interactive fiction games (aka “text adventures”) entirely from your browser, using a “natural language”-inspired language called Inform 7.

While it might sound difficult and overly geeky to create a game on the platform, Baio has included some tutorials to help you along.

If you’ve played any RPG or MMORPG games on the web, you’ve probably been presented with a command line interface that asks you to type in your next move. While it’s not meant to be pretty, it can be extremely addictive and it’s good exercise for the mind.

There is an entire community of these types of games on Playfic complete with tools to build your own and share it with your friends and other gameplayers on the site. All you have to do is start playing around with the official tutorial and you’ll get the idea immediately:

The technology used to power the games is called “Inform 7” and something as simple as the following text is turned into a fully functional text-based game using it:

There is an official manual for Inform 7 that you can get completely lost in as well as a recipe book that gives you examples of text that can be turned into an awesome game.

This style of game is familiar to anyone who has ever read a “Choose Your Own Adventure” book and is an extremely interactive way of telling a story. In fact, the site’s tagline is “Play me a story”.

Baio hopes to start a trend of fiction writing and gameplay with the site, hoping to inspire younger people who might not have grown up with this style of games or storytelling. It’s a brilliant idea and for those who have the time and imagination to spend on it, I would highly suggest having a play with the site to see if it grabs you. Try out this game to get started, it’s called “A Maze of Twisty Passages”.