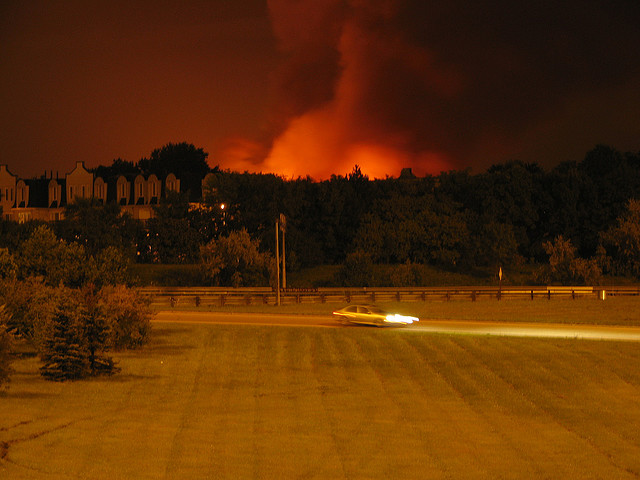 If you’re an avid user of Google+, you know that one of the things that makes your experience crappy is the spam you get. You know what I’m talking about. You post an animated GIF of a dog walking on a rainbow and all of a sudden you get a comment from someone you don’t know with a link to a site that’s probably up to no good.

It’s a similar problem on blogs, and Google does have a system for deleting comments and blocking users, but it’s kind of clunky. Sure, you could share with only your circles and that would keep the spammers from commenting, but that makes you feel trapped.

No need to feel trapped anymore, thanks to a new Google Chrome extension called “Nuke Comments on Google+“, which not only delete the offending comment, but automatically blocks the user in just one click.

Once you install the extension for Chrome, you’ll find a new button sitting next to comments that say “Nuke”. Don’t click it on accident though!

Once you’ve “nuked” a comment, you’ll be notified that it is complete. After that, you don’t have to think about that user again because they’re automatically blocked:

The only thing that this extension is missing is the “report” feature. While deleting a comment and blocking someone does the trick, it doesn’t tell Google who to look out for as far as spamming. However, clicking that nuke button sure does make you feel like you have control of your stream again.

Read next: Donald Trump: It would be "a great thing" to see Apple build devices in the US