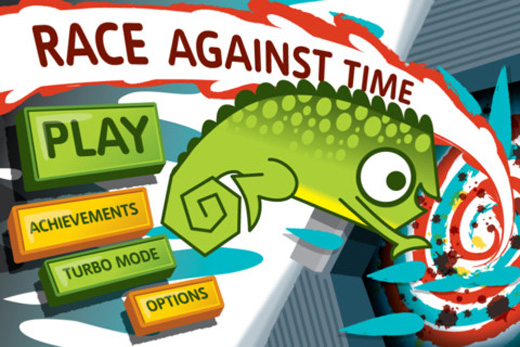 Race Against Time, developed by Somethin’ Else for the UK’s Tate art gallery, is a playful, side-scrolling game for iOS devices. Imagine you are a Chameleon in a race against time to stop Dr. Greyscale.

As you might have guessed, Dr. Greyscale is trying to remove all the color from the world, and so you must travel from era to era to defeat him. As you move though time, you’ll pass through levels inspired by Impressionism, Mexican Muralism (one of my favorites), Pop Art, Minimalism, etc.

From the Tate Gallery:

Emerging from Monet’s Water Lilies, you’ll notice the platforms, enemies, backgrounds and music evolving to reflect the art of the last 121 years, as you pick up speed hurtling back towards the present. That is, if a fire breathing Picasso or rogue balloon dog doesn’t get you first.

Stop Dr. Greyscale. Save the world. It’s a RACE AGAINST TIME.

As far as the gameplay goes, it’s actually really fun. Race Against Time is perfect for the casual gamer, and has slightly addictive properties. Your taps may feel unresponsive at first, but I found that using your index finger instead of your thumb makes a big difference — though that really shouldn’t matter.

All in all, Race Against Time is a great experiment in the way education can be embedded into games, exposing players to information as a part of a grand experience. Also, though it’s a sponsored game, it isn’t too promotional about the Tate, but playing the game during a visit gives you access to exclusive power-ups and features.

➤  Race Against Time, via the App Store (free) 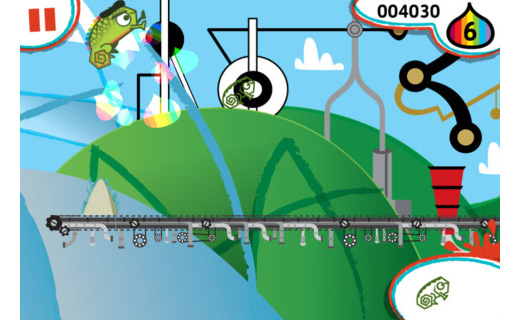 Read next: David Bowie's 2002 predictions about the future of music were pretty close