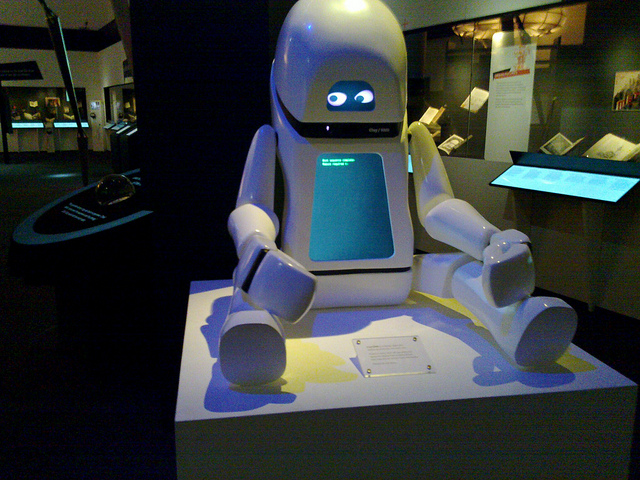 The iPhone has made shooting video one of the simplest functions known to man. Just point and tap and you have yourself a video. But what do you do with that video after you’ve shot it? Either you post it to YouTube or Facebook as-is, or it sits on your phone. Sure, maybe you break it out once in a while at the bar, but other than that the videos just take up space.

Want to edit your video? Sure, that’ll be fun! Not. Video editing is one of the most time-consuming things you can do and even though there’s iMovie for the iPhone, who wants to piece all of their videos together? I sure don’t.

The app for iOS called “V.I.K.T.O.R.” wants you to shoot tons of video so it can take care of the rest. Based on a few different themes and some fun technology, the app will stitch together your best videos into a presentable edited masterpiece. And it’s free.

The automatic video editing that V.I.K.T.O.R. does isn’t completely random, check out what the company has to say about its technology:

V.I.K.T.O.R. is our vision on what an automatic editing could be. It synchronizes a user’s media library clips with a “theme” – a soundtrack and an editing script written by experts, instantly and automatically.

V.I.K.T.O.R. has been created in a collaboration of designers, video editors and software developers. It’s smart, it’s easy to use and it looks great.

The V.I.K.T.O.R. app itself is gorgeous, and upon opening it, a random video is created on the fly based on what you have on your camera roll. It’s really impressive how the app syncs everything up to background music and effects like pan and zoom.

Once you’re dropped into the app, you can choose between “Basic” and “Pro” modes. The pro mode gives you more control over how your videos are edited, but what’s the fun in that? Basic mode is the way to go.

Here’s a video tutorial from the company on how to get started:

Basic mode lets you pick your videos, a theme, and the video duration. You can produce videos anywhere from twenty seconds to two minutes with the app.

Pick clips from your camera roll and tap the “Magic Up!” button, and your video will be sliced together right before your eyes. You’re shown a preview when it’s done, and if you like what you see, tap render to finish the job.

Since the app is free, it does have to make money somehow, and that’s with extra “themes”. The default themes are enough to get you going, and even include a Christmas one for the holidays.

What I really like about this app is that it does one thing extremely well and doesn’t try to overload you with special effects and filter choices. You load your clips and the app edits them together. That’s it, and the results are impressive.

Here’s the video that V.I.K.T.O.R. put together for me, using a bunch of clips from a Spotify party featuring Snoop Dogg.

Those clips were just sitting on my phone and I hadn’t done anything but randomly post them to Facebook. It actually makes me want to shoot more video.

Read next: How to raise digital natives as a non-geek parent