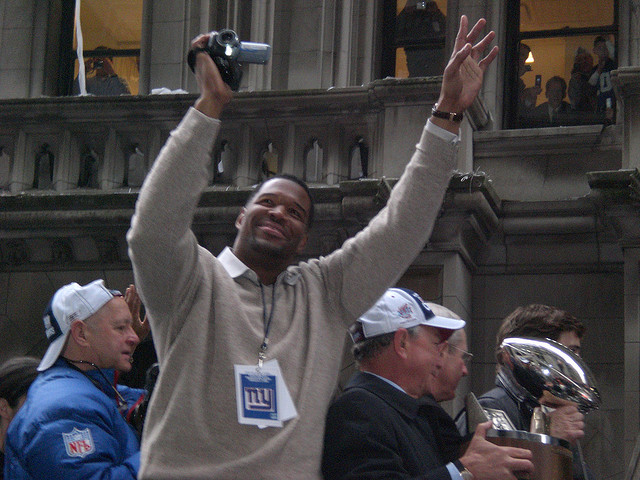 In a fun effort to engage and delight its community, Viddy has brought former New York Giant and current NFL analyst Michael Strahan onto the platform.

The company (and Strahan himself), is dubbing today “#StrayDay” on the platform. Often referred to as “Instagram for video”, the community is growing at a rapid pace, and plans to expand with new features and video effects.

All of Strahan’s videos are being tagged with #StrayDay and he’s using the platform to reach out to some of his friends, like the Patriots’ Chad Ochocinco.

While I’m a Philadelphia Eagles fan for life, how could you not pay attention to being called out by the man himself?

The folks over at Viddy are known for their genius marketing efforts, which has included a partnership with Disney, bringing fun video overlays of The Muppets to its community.

Read next: Apple is now offering music, movies and iTunes Match in Brazil