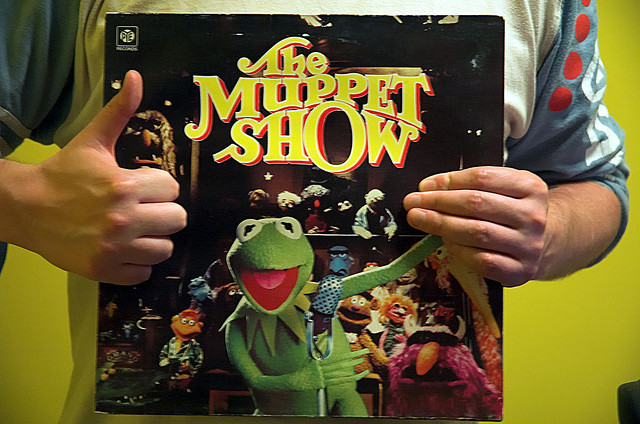 Today, video sharing platform Viddy announced a partnership with Disney allowing Muppets characters to be placed inside of the videos taken with its app.

The company has been busy mobilizing its user base of over 850k. Earlier, we reported on Viddy’s Movember campaign to help beat men’s cancer.

The short form video platform has done a great job sticking to its core.  While a lot of apps pop up on the app store, not many have the ability to capture an audience that keeps people coming back.  Viddy recently redesigned its website and now allows embedding of its videos.

The feature will be a part of the “Viddy Muppet Production Pack” and will be available on November 3rd.

Here’s a video about the partnership:

We talked to Co-founder and president JJ Aguhob today about  Viddy’s explosive growth as the “Instagram for videos”.

TNW: What has your growth been like since launching?

JJ Aguhob: Our focus from the outset has been on creating a great community. Since our launch, we’ve seen a steady increase in downloads and more importantly — user growth and community engagement. And 100% of this growth has been organic — we’ve spent no marketing dollars on user acquisition programs — so our community is authentic. In addition, Apple recently featured Viddy as part of the iPhone 4S product launch, as the leading video component of Social Networking, which also spurred tons of interest in the product and the business.

TNW: Who is using your platform in Hollywood and how are they using it to interact with fans?

JJ Aguhob: Terrell Owens has been showing off his rehab and workouts on his recently operated on ACL to show that this 38 year old receiver isn’t even close to retiring and will be playing before the season is over in the NLF, Bill Cosby uses Viddy as a Video Twitter, & Snoop Dogg just ran a contest using his custom Production Pack to connect with his fans for Puff Puff Pass Tuesday. Giuliana Rancic uses Viddy to send video messages to her fans and get their opinions on the latest trends and fashion. T-Pain has started experimenting with the effects and iJustine likes to make funny faces at the camera! Jenna Elfman, Mike Shinoda (Linkin Park) and Eliza Dushku were some of our earliest adopters, experimenting with the app, its effects and how it could be used to engage their fans further.

TNW: What has surprised you most since you launched Viddy?

JJ Aguhob: Video is truly social and entirely about entertainment. With creative expression at our core, we’ve been amazed by not only the addictive, highly entertaining content being produced through the app, but also how people are making new friends everyday — creating and sharing great content, amassing large followings, and gaining instant recognition and fame within the app.

TNW:  What does a partnership with Disney mean for the business and the Viddy community?

JJ Aguhob: We want to make Viddy a product used everyday — by people of all ages and around the world — to tell the story of their lives. By teaming up with Disney, the most legendary storytelling company in the world and bringing The Muppets (iconic childhood characters including Kermit, Miss Piggy, Gonzo, Fozzie Bear & the entire gang) into our story telling experience, we want introduce this powerful new medium to the world.

The feature, which is helping to promote the upcoming Disney’s “The Muppets” movie (on November 23rd of this year), will let you choose different video overlays with characters like Kermit, Fozzie or Miss Piggy to interact with.

The Viddy app for iOS will let you share the video with your followers on the app, as well as your friends on Facebook and Twitter.   Of course, you can send out the web link to anyone or embed the video on your own site.

With growth and partners like this, Viddy is pulling away from the rest of the app driven video crowd.

Read next: With bugs frustrating users, Apple's first iOS 5 update is an important one