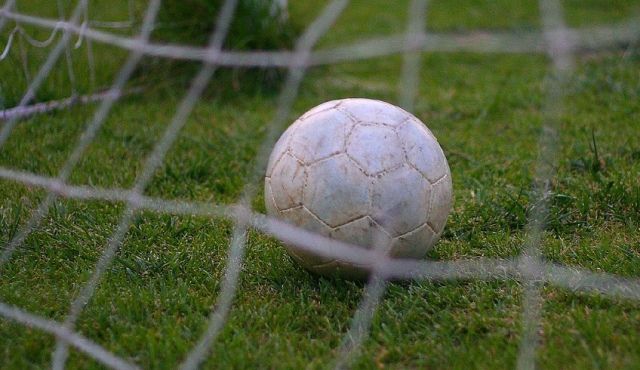 “Jogabo is a location aware soccer platform that allows users to organize games, share their plans and discover opportunities to play in their area. Our aim is to make amateur soccer “bonito” by connecting soccer enthusiasts, facilitating the organization of games and adding a layer of fun and competitiveness to the beautiful game.”

If you’re ever gagging on a game of football but can’t find enough people to arrange a game, Jogabo could be a good starting point. Jogabo went live in early November, after five months of private beta testing.

“There are more than 300 million football players in the world but the traditional ways to play, such as through clubs, groups, leagues, etc, don’t leverage the possibilities of the Web yet”, says Mehdi Djabri, Jogabo Co-Founder. “Many players would like to play more and in a more flexible way but often have difficulties finding games and people to play with. We want to change that and enable them to fully enjoy the beautiful game and meet new people through it. We also want to add a layer of fun through exciting social features and game mechanics with the platform.”

Without further ado, here’s how it works. Visit Jogabo.com and register for an account. When you first sign-in, you’ll see this:

First up, you’re best completing your personal profile so that people can see who you are, where you are, your favorite position and other pertinent details.

If you’re looking to tap into games taking place locally, your best bet is to hit the ‘Discover’ button at the top of the page, which will take you to this screen:

You can enter a city or town, and see on the map where games are taking place locally, how many players are needed still or, indeed, if it’s full already. You can filter by ‘Games’, as is the default in the screenshot above, or view ‘Players’. This lets you add friends to your football social network, and perhaps even recruit if you’re missing, say, a goalkeeper for a match that you’re organizing:

Or, if you’re simply looking for some venues to set up a game in your area, Jogabo lets you do just that:

If you’re looking to organize a game in your area, then that’s pretty straight forward too. You click ‘Organize’ at the top of the page, and then complete the details in the fields:

You’ll need to indicate the date, time and venue:

And it also lets you dictate how many players are needed (11-a-side, 5-a-side etc), the standard you’re looking for (“All levels”, “Competitive”, “Good”, “Just for fun”), as well as age-group and gender.

It’s a pretty decent Web app, but as with many new ventures, much will depend on participation and user uptake. I’m based in London, and there seems to be a lot of activity going on here – indeed, there are a few games that I’m pretty tempted to sign-up for soon.

Elsewhere, however, there seems to be limited activity, having checked out some of the main capital cities of Europe. I suspect that word-of-mouth will be Jogabo’s best friend here, and this could see it gain a lot of traction.

Another potential use-case for Jogabo is if you already organize football games on a weekly basis with friends and you’re getting sick of players not turning up. You can get everyone to sign-up to this, and arrange it through here. If you’re ever short of players, you can reach out into the community to get players on an ad-hoc basis.

“Players are already registered from all around the world and are using the site with passion”, says Djabri. “We play football using Jogabo ourselves, several times a week, and we can’t imagine playing through traditional structures anymore. We’ve also just been selected for the Startup-Chile incubator program, which includes a $40,000 equity-free grant which will help us further develop the product.”

Jogabo – The easy and social way to play soccer from Jogabo on Vimeo.

Read next: All this week, grab free WiFi on the L Train in NYC