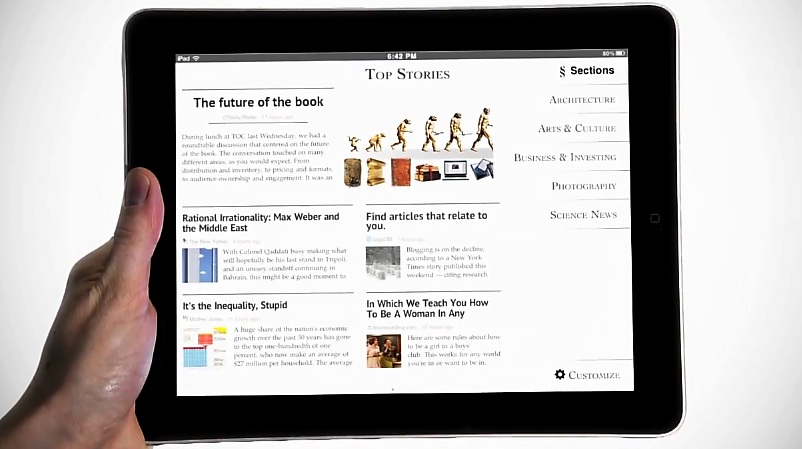 Chances are, if there’s an iPad in your family, you share it among the different members. In fact, that lack of portability between people is part of what drove me away from my love of Android tablets and more toward the iPad. Zite, the magazine-styled reader app for the iPad, sees and understands that fact.

Zite, if you’re not familiar, takes the things that you want to read from around the Internet and compiles them in an easy-to-browse format, similar to Flipboard but more focused on news without the social updates. The obvious problem here is that the things you want to read won’t necessarily be the same things that your significant other wants, but the lack of dedicated user accounts means that’s exactly how you have had to treat these apps until now.

Zite just sent me over some information about its newly-released version, which includes the ability to add multiple profiles. The code-name? Sybil. (See what they did there?)

The new profiles come hot on the heels of some other recently-introduced features, including source blocking, native iOS 5 integration (for direct Tweeting) and some performance enhancements.

Zite, as I said, looks a bit like Flipboard, but it works quite like my6sense. In using the app, it learns the stories that you’re going to love, getting smarter as it goes. If you’ve not yet tried Zite, it’s well worth the (free) download.