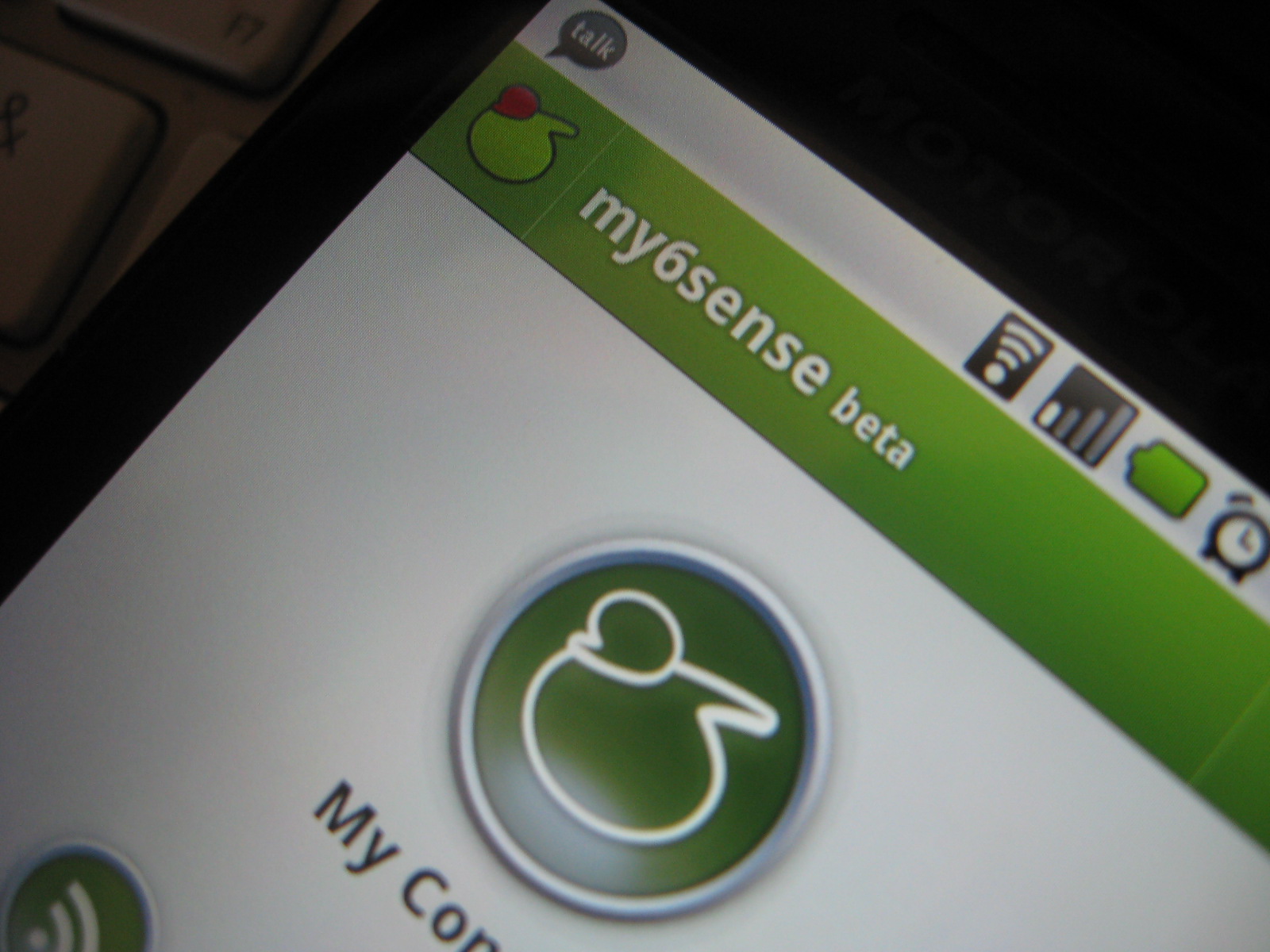 my6sense is a stream reader that learns your preferences, allowing you to find the most relevant information from your RSS, Twitter, Facebook and Google Buzz.

Love It: It actually works. Catching up on news is faster and easier when you don’t have to shuffle.

Hate It: Some users will be frustrated by the delay as my6sense learns their preferences.

It’s entirely possible that you’ve already heard about my6sense. It’s been around since late 2008, with an App Store release for the iPhone in 2009. In that time, a number of people have found out how incredible the experience of my6sense can be, but Android users have sadly been left out.

Until today, that is.

As of today, my6sense is bringing its much-lauded mobile application to the Android platform. I’ve spent the past few days using the application, and I can easily see why it’s become a favorite for so many. To start, you have to realize that my6sense operates quite differently than most other stream readers you’ve used. Primarily, all information in your stream is sorted by relevance by default. At first this will seem a bit awkward, as you’ll see older items that you’ve perhaps already read, but as you spend time with the app, the relevance starts to really take hold.

That relevance, according to the application, is measured by what is called your intuition meter. However, you’ll again need to think backwards. The meter measures the application’s understanding of you, rather than the other way around. You’ll start off low on intuition, then it will gradually increase as the application learns what is important to you.

The beauty of my6sense is that it is source agnostic. Your timeline will be filled with whatever sources you choose, be that RSS, Facebook, Twitter or even Google Buzz. So far, my6sense is the only application to offer prioritization for Buzz and I can tell you first hand that it really cuts down on the noise. Now, bear in mind that my6sense isn’t perfect for everyone all the time. If you’re a news hound who enjoys digging through RSS feeds and reading everything that comes up, it’s likely not the best choice for your daily reader. However, if you’ve been away for a few hours and just want to quickly catch up with what’s important to you, the application will become invaluable very quickly.

I had a few concerns, at first, about how I was using my6sense. However, after talking to Louis Gray, the VP of Marketing for my6sense, I was pleasantly surprised to find out just how smart the application really is.

There are so many great things that make up my6sense that I honestly could spend a thousand words talking about them. However, the best bet is to simply download the free application for yourself and start giving it a go.

Be forewarned, however, that it takes a day or so for the application to start to learn about you. After the second day, you’ll be surprised by what it pulls up. After the fourth, it will amaze you.